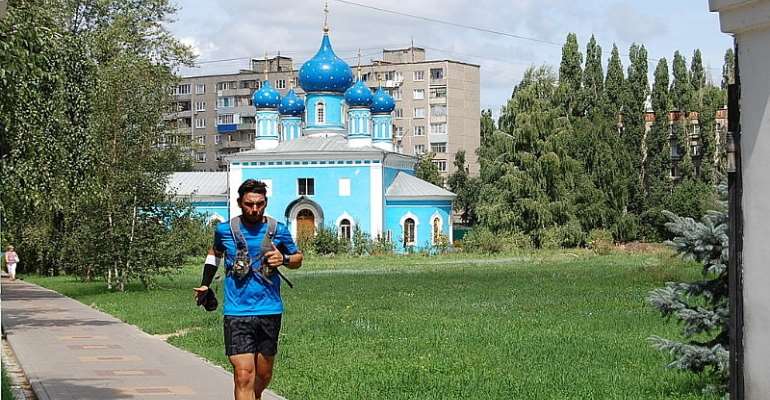 Run for Planet is a French non-profit organization which aims to plant 15 million trees in Siberia, a region devastated by forest fires in 2019. The crowdfunded venture will support French marathon runner Christophe Vissant as he covers 12,600 kilometers to raise awareness about the project.

While the bush fires in Australia were the focus of media attention at the end of 2019, in Russia's vast region of Siberia, the summer fires earlier that year were also catastrophic.

More than 3 million hectares were burnt there – in other words, the equivalent of the surface area of Belgium.

The Russian forest, at 8,5 million square hectares, is known as the “lungs” of the northern hemisphere, much like the Amazon is known for the same function in the south.

Run for Planet's President Laure Ansart is a marathon runner herself, as well as a communications expert. She knows what is involved in undertaking such a feat as she's run two Paris marathons and one in Moscow.

That's why she's working with Serge Girard, honorary president of the organization and mentor to Christophe Vissant, and also an accomplished runner and supporter of environmental causes.

Four times transcontinental race world champion, Girard found himself on long runs becoming an observer and a witness to the changing climate and environment around him.

Bringing these two passions together formed the idea for Run for Planet, which has launched a crowdfunding drive online. The money collected will provide technical, logistical and scientific support and contribute to the production of a television documentary.

Preparations are well underway for Vissant to run from Nantes in western France to Vladivostok, a port in far eastern Russia. From February to November 2021 it will take him over 300 days and an estimated total of 15 million strides, each stride accounting for the planting of one tree.

A select few members of the public will be able to accompany him on foot, by bike or drive beside him in a caravan as he moves through the different landscapes of Europe and Russia.

Russian scientists involved in the project are already gathering the seeds and building the nurseries to begin the plantation. Once planted, forest rangers will monitor the growth of the saplings until at least 2025.

Ansart, who speaks Russian and has worked with Franco-Russian business ventures, explains that Run for Planet also has a diplomatic objective, bringing groups of people from France and Russia together with a common goal. They are now in the process of setting up a Russian branch of the organization to better reach out to the Russian public.

Crazy or courageous? So far, Ansart says, the response has been very positive in Russia.

For Florence Venet, graphic designer for Run for Planet, the devastation of the Russian forests is a tragedy.

As she learnt more about the project, she realized that the forests would not regenerate without help and that a massive human endeavour would be needed.

As for Serge Girard and his big dream, Laure Ansart chuckles as she recounts how different people reacted to the idea of crossing the continent on foot.

“Serge was once described as 'crazy' by French people but when Africans were asked what they thought of it,  they responded by saying he was 'brave'.”