No Government leadership in Ashanti region? 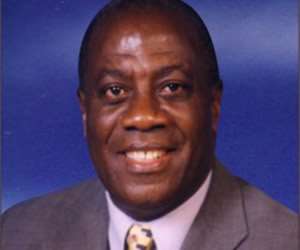 The government body who represents the Ashanti Region has no vision. Sampson Kwaku Boafo, the Ashanti regional minister, has failed the entire region. He needs to be fired from his post, and replaced with a competent person who can improve the whole region.

The government spends more of the country's resources in developments in the greater Accra region, more than any other region in Ghana. These systems of development are wrong to the region that contributes more revenues to our national economy.

We cannot use the federal system to govern most of the region. But the government should increase more funds for the religion that helped our economic overhaul.

Kufuor should appoint a person who has an economic and political science background like Jomo Kenyatta of Kenya. Someone who understands how to improve living conditions with limited resources as regional ministers. Also we need someone whose views are on the economic mainstream to develop in most of our regions.

The Ashanti regional minister cannot sit in his comfort zone and expect miracles of jobs to come from the sky for the citizens in Ashanti region. Sampson Kwaku Boafo should also understand that nothing sells itself unless it gets promoted by someelse. As a minister to the region, you have the mandate to improve the socioeconomic situation in your region.

You should be able to invite investors, both local and international business elites, to come and establish business in your region and through negotiations with the chiefs to offer them land and other government tax incentives.

The Ashanti regional minister could not travel across the globe to meet any business leaders for the past six years, to influence them to outsource some of their jobs to the region. This is very disturbing to me. How can Kufuor tolerate those who are not charismatic speakers, and have no motives in economic of improvements to become ministers?

I urge John Agyekum Kufuor administration to fire Sampson Kwaku Baofo as the Ashanti regional minister, and replace him with his chief of staff Kwado Mpiani. I believe Mpiani could be more productive and effective on social issues in Ashanti region.

The president should not give any governmental appointments to Kwaku Boafo, he is not proficient to manage any institutions in the country.