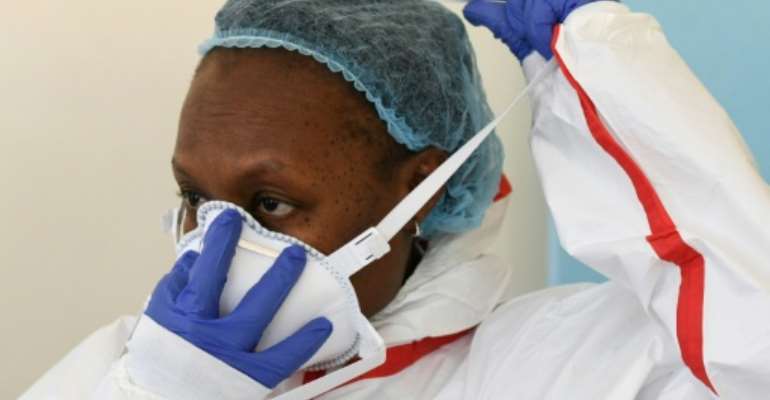 Kenya and Ethiopia on Friday announced their first confirmed cases of coronavirus, as East Africa, which has so far been unscathed by the global pandemic, scaled up emergency measures to contain its spread.

In Kenya, a 27-year-old Kenyan woman tested positive for the virus on Thursday in Nairobi, a week after returning from the United States via London.

She was in a stable condition and recovering, Health Minister Mutahi Kagwe told reporters.

"We wish to assure all Kenyans that the government will use all the resources available to fight coronavirus," he said, as the government rolled out a raft of new containment measures.

The government had traced all the contacts of the patient since she arrived back in Kenya on March 5, he said.

"At the moment, there is absolutely no need for panic and worry," he said.

Kenya, with a population of 50 million people, saw a spree of panic buying among the middle-class in Nairobi supermarkets, in the wake of the announcement.

Meanwhile Ethiopia, Africa's second most populous nation with over 100 million people, said a 48-year-old Japanese man who had arrived in the country on March 4 from Burkina Faso was confirmed to have contracted the virus.

"He is undergoing medical follow-up and is in a stable condition. Those who have been in contact with this person are being traced and quarantined," the health ministry said in a statement.

Burkina Faso only confirmed its first case on Tuesday -- a couple returning from France -- and the Japanese patient had been in that country since February 24.

Ethiopia becomes the 15 country in Africa with a confirmed case of the virus that has swept the globe, infecting more than 130,000 people and killing nearly 5,000 since it first emerged in China.

But to date the continent has been spared the worst of the pandemic.

Only five people have succumbed to coronavirus so far -- all in north Africa -- with the sub-Saharan region recording no deaths and very low numbers of confirmed cases.

But countries in East Africa -- which until the positive case in Kenya, had only recorded negative test results -- have been taking precautions.

Some flights have been restricted, with Kenya Airways suspending its route to Rome, and charter flights from Italy to the Kenyan coast on hold.

It has also suspended international conferences, a top earner in Nairobi, a hub for such events in the region, and non-essential travel abroad for politicians.

The government announced more expansive restrictions on Friday, including a temporary ban on major public gatherings, prison visits and activities between schools.

Other countries in the region have been rolling out their own measures.

In Rwanda, which shares a border with the Democratic Republic of Congo, which has confirmed cases, washing basins with soap and sanitiser have been placed on streets for commuters to use before boarding buses.

Authorities in Kigali, the capital, have also banned concerts, rallies and trade fairs -- although like in Kenya and Uganda, church services have been proceeding and bars, restaurants and entertainment precincts remain open.

Neighbouring Burundi, meanwhile, has quarantined 34 people in a hotel in Bujumbura as a precaution.

Uganda has ordered that visitors from a number of affected countries self quarantine for 14 days, or consider simply not visiting at all.

South Sudan's health ministry said meanwhile that it was "temporarily suspending direct flights between South Sudan and all affected countries".

"I would like to disabuse that notion. The lady (confirmed with coronavirus in Kenya) is an African, like you and I," he said.