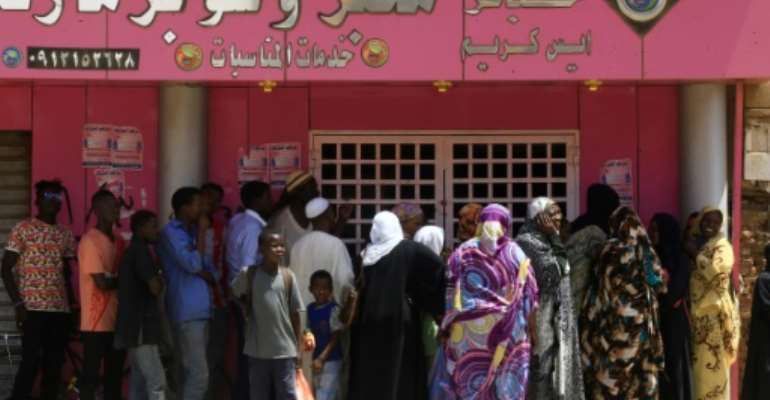 Sudanese have been enduring hours-long queues to buy bread for months as the economy shows few signs of improvement since the ouster of longtime dictator Omar al-Bashir in April last year. By ASHRAF SHAZLY (AFP)

Sudan's economy has sunk into a deep crisis since the overthrow of longtime autocrat Omar al-Bashir almost a year ago, risking collapse and social unrest in a country in transition.

Mass protests erupted in Sudan in late 2018 against a government decision to triple bread prices.

Bashir's ouster last April was followed by months of talks, against a backdrop of continued protests, that eventually produced a transitional government comprised of civilian and military officials.

But today in Khartoum, little has improved for most Sudanese.

People queue up for around three hours to buy bread, and six hours to fill their tanks at petrol stations.

Power cuts last six hours a day, and gas bottles for domestic use are hard to come by.

"People protested for change," said Hassan Ibrahim, who had been waiting hours to fill up his minibus -- his only source of income -- with diesel fuel.

"There were martyrs and young people sacrificed their lives. Those who govern today need to step down if they feel they are incapable of improving the situation", the man in his fifties said.

More than 250 people were killed during the protests and unrest that ended Bashir's 30-year rule, according to doctors linked to the protest movement.

Organisations like the International Monetary Fund paint a sombre picture.

One Sudan analyst expressed concern at the intense financial pressure on households, the state subsidies that drain public coffers and soaring inflation.

"The transitional government and the international community must move quickly to avert an economic collapse and accompanying disintegration of the transitional dispensation," said Jonas Horner, senior Sudan analyst at the International Crisis Group. 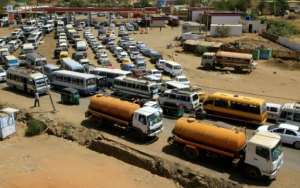 Sudanese motorists queue for as long as six hours to fill up, a heavy burden for the many who make their living from their vehicles. By ASHRAF SHAZLY (AFP)

There was a sense of popular discontent during a protest last month in Khartoum.

But support for Prime Minister Abdalla Hamdok has grown after a failed assassination attempt Monday, and rallies have since been held for the post-uprising leader.

His government is tasked with running day-to-day affairs during a three-year transition overseen by a sovereign council composed of civilian and military figures.

The government has said repeatedly that it intends to tackle the country's problems head on but lacks the resources.

"We don't want charity but the means to restart our economy," said the minister, who doubles as government spokesman.

"For example, wheat production is promising," Saleh said, "but we need fuel for the combine harvesters."

In 2011, South Sudan broke away in a negotiated divorce with Khartoum that saw it take with it most of the united country's oil wealth, leaving the rump energy-dependent.

The energy ministry said Wednesday that an oil refinery in Khartoum was fully functional but could meet only 70 percent of Sudan's petrol needs and less than half of its diesel requirements.

Hamdok has promised to hold a national meeting on the economy at the end of March and a "Friends of Sudan" donor conference in June.

The country is hoping that the lifting of US sanctions on 157 Sudanese firms last week, in line with a policy shift by Washington in late 2017, will help spur foreign investment.

But for now, the future is grim.

"With large imbalances and loose policies, the outlook (for Sudan's economy) is alarming without policy reforms," the IMF said.

"We are hoping for a quick solution," he said. "Fuel, electricity and bread are essentials. We can't do without them."

"For four months, I have spent hours in front of the bakery," he said. "The government promised a solution within a month but we haven't seen anything."