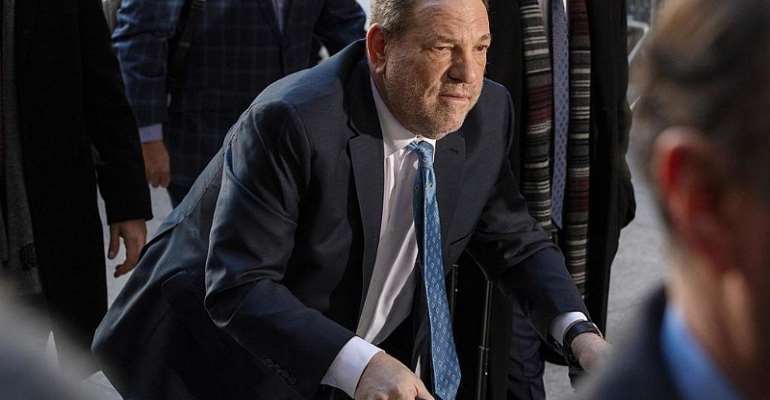 The 67-year-old faces spending the rest of his life behind bars after New York Justice James Burke, who presided over Weinstein's trial, ignored his pleas for the minimum five-year sentence.

The jury acquitted him on the most serious charges, a single count of first-degree rape as well as two counts of predatory sexual assault, which carried a potential life sentence. Those charges relied on testimony by actress Annabella Sciorra, who said Weinstein raped her in the early 1990s.

Weinstein, who had faced the possibility of a maximum sentence of 29 years in prison, made a statement to the court in which he failed to express any remorse for his actions or apologize to victims. He has denied the allegations and said that any sex was consensual.

More than 100 women, including actresses Angelina Jolie and Salma Hayek, have come forward alleging years of predatory behavior by the Oscar-winning producer, who has lost much of his $150 million fortune fighting allegations that surfaced in October 2017.

Weinstein is expected to be incarcerated outside New York City.