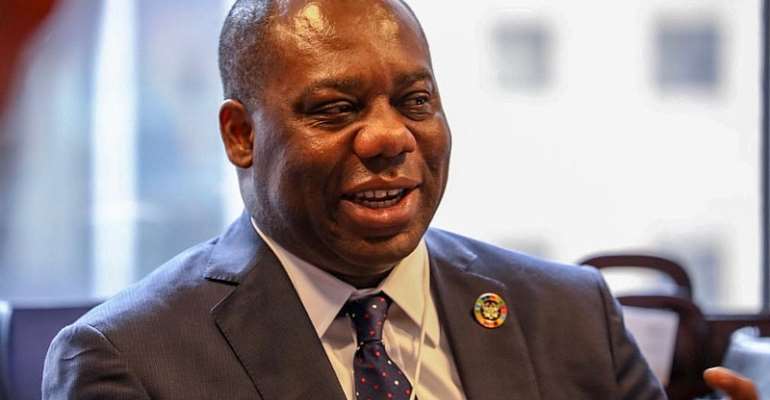 Prior to 2017, over 300 thousand JHS leavers were left to end the formal education journey regardless of the good grades they could make. In many areas of the country, it took chiefs, members of parliament, churches and other societies to consolidate funds to cater for a few within their communities and leave many uneducated.

Be reminded, such was the case at the primary and JHS levels years back until the NPP government under Former President Kufuor made basic education free, with feeding and transportation inclusive. Per statistics, Ghana was leaving almost 1.2 million young ones uneducated every 3 years.

The NDC sponsored over 30 adverts during the 2016 campaign to discredit the visionary idea of the NPP campaign for free SHS which had begun as early as 2008. The facts are real and solid that NDC per their management strength could never have and would never be able to implement free SHS.

Let's walk back to the pre-Kufuor administration. The economy of Ghana then was in shambles. The health sector, agriculture, and the entire economy of the country had been completely broken. For these reasons, the acclaimed social democrats could not implement any better social intervention.

This was because any attempt to do so would have caused the country to plunge into horrendous debt. President Kufuor had to take the pain to revamp the economy before interventions like free basic education, school feeding, free student transport, NHIS, and others were implemented, Remember the HIPC INITIATIVE ?.

The NDC's Mills-Mahama administration led the country back into economic chaos. All the policies president Kufuor had introduced went either dormant or collapsed. The country was drowning in the face of corruption, ineptitude, and mismanagement. And the only best option next to the economic chaos was MFI bailout.

His Excellency Nana Addo Dankwa Akufo-Addo mounted the seat of government after the 2016 elections and has ones again demonstrated that the NDC was not wrong to have said that Free SHS was impossible because they spoke at the back of their strength in economic management. As weak and ignorant as they are in matters of the economy, they could never have brought to being such a policy of relief to the entire nation.

The vision which was born by the Nana-Bawumia administration was possible and has been rolled out perfectly because it could only make good economic and financial intelligence to implement such a policy. Today, the policy is only 3 years is catering to the educational needs of 1.2 million students. A single policy is estimated to have a positive effect on over 4 million households.

Such a move of honey can only attract the best bees. Nana Addo deserves more years at the helm of affairs. The obvious FOUR MORE for Nana campaign is nothing but a cry of the Ghanaian people for space to grow, develop and climb the ladder of Economic Independence.