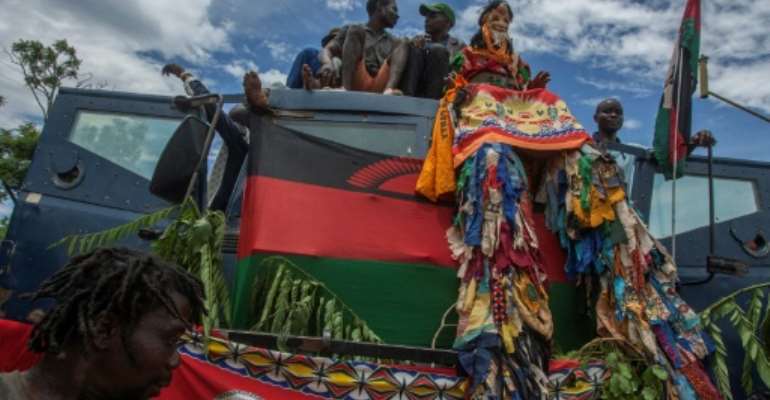 Supporters of the Malawi Congress Party celebrate in February after the country's top court annulled the results of last year's presidential election over vote-rigging. By AMOS GUMULIRA (AFP/File)

Malawi's two largest opposition parties have agreed on an electoral alliance ahead of a fresh presidential vote in May after last year's election results were annulled over vote-rigging, one of the parties announced Wednesday.

In a statement, the UTM said the decision was reached in the wake of a "groundswell of support for a united front" among Malawians.

Malawian parties have been racing to seal alliances since last month, when the southern African country's top court ordered a fresh election after it annulled the May 2019 poll results over widespread irregularities -- in particular the "massive" use of correction fluid on tally sheets.

Parties are under pressure to amass an overwhelming number of votes after the Constitutional Court ordered that from now on, a candidate should be chosen by more than 50 percent of the ballots cast.

UTM's Saulos Chilima came third with 20 percent of the vote.

Last week the MCP said it believed in harnessing "the national gains that both parties have cultivated" over the last year when they both fought in court to have the election results overturned.