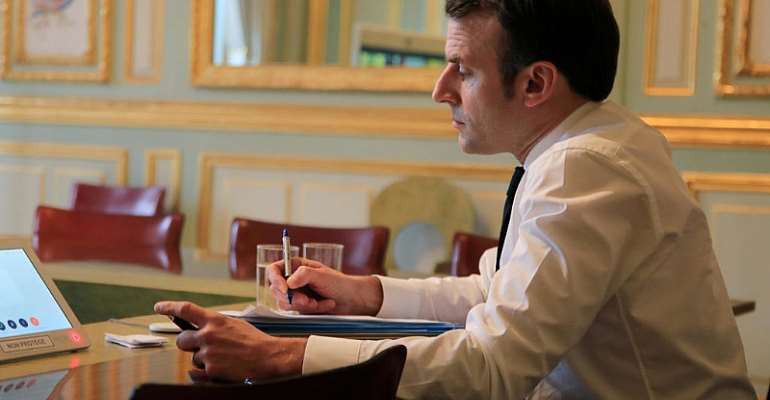 Special measures are now in place to reduce the likelihood of contamination in the Paris residence which is both the president's home and his place of work.

Sources in the Elysée Palace said the president no longer shakes hands with people and uses hand sanitiser at regular intervals.

Meetings are no longer held in his personal office and when staff come into the room they keep their distance from the president. Chairs have been placed further apart than before the coronavirus outbreak.

His pens, notepads and files are not touched by anyone else.

Meetings are held in designated meeting rooms which are cleaned after each use. At the weekly gatherings attended by the president, the prime minister and other government ministers, handshaking was banned some time ago - so the fact that the minister of culture, Frank Riester, is now in isolation with mild symptoms after testing positive, has caused no alarm.

Fewer people from outside the Elysée Palace are allowed to visit the president in person and people are invited for lunch or dinner at the presidential residence only when strictly necessary.

Those who have day-to-day contact with the president have been told to take extra care while using public transport and to cut down on activities outside their homes.

Emmanuel Macron's chief of staff is awaiting results after being tested for the virus yesterday. He has no symptoms but was in contact last week with someone who has tested positive.

Should the president become infected, if he feels able to work, he could continue to do so while remaining confined to the Elysée Palace, which is also his home.