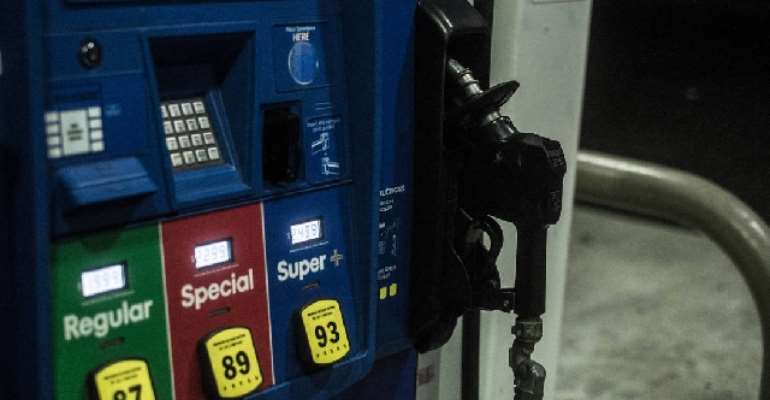 Pressure is mounting on the oil marketing companies (OMCs) in the country to reduce ex-pump prices of petroleum products to reflect the positive changes in the variables that determine the prices.

The changes include the continuous fall in the price of crude oil on the international market and the stability of the local currency against the United States dollar.

Transport owners, driver associations and think tanks within the industry under the umbrella body, the Chamber of Petroleum Consumers (COPEC), argued that the silence over the matter by the OMCs was not the best.

Using some numbers to back their call, they said, for instance, that between January and March 6, this year, gasoline prices had declined from $612 per tonne to $496 per tonne, while gasoil dipped from over $617 to the current $502 per tonne.

Brent crude oil has also fallen from $64 per barrel to $45.27 per barrel within the same period, reflecting about 29.3 per cent decrease.

The West Texas Intermediate (WTI) crude prices has also declined from $63.27 per barrel in January to $41.28 per barrel in March reflecting 34.76 per cent decrease.

“Coupled with the steady decline in international oil prices is the nominal appreciation of the local currency, the cedi, which has strengthened by over five per cent from earlier depreciation figures of over GH¢5.85 to a dollar to currently trade at below GH¢5.40 to a dollar, according to latest Bank of Ghana (BoG) figures.

The BoG in January posited that the cedi in the first month of the year appreciated 0.3 per cent against the dollar after its initial decline made a 1.9 per cent gain on the British pound, while recording a 2.3 per cent appreciation against the Euro and has since made significant gains against the major trading currencies,” the Executive Secretary of COPEC, Mr Duncan Amoah, said.

He said analysing the current indicative pump prices of both gasoil and gasoline for the first window of the month under review (March 1 and March 15) among some 63 OMCs, COPEC found that petroleum consumers were, surprisingly, still being charged rather too high although oil prices on the international markets had declined and foreign exchange had appreciated significantly against the US dollar.

Deregulation
The implication of paying higher prices in the current window when prices should have declined at all pumps, according to him, meant that the expected reliefs petroleum consumers in Ghana should have benefited from the full price deregulation programme was hardly being realised.

Further findings
Mr Amoah noted that the application of the price stabilisation and recovery levy was currently serving what he described as “an inimical contradictory purpose to the original purpose for which it was introduced.”

The levies were imposed, he explained, to “gather some savings that could be applied to cushion Ghanaian consumers whenever world market prices become unbearable or other geopolitical factors made fuel prices unreasonable to Ghanaian pockets.”

The regime, Mr Amoah said, had now become a revenue generation source that was rather applied needlessly to subsidise premix fuel, in spite of the well known high levels of corruption in that sub-sector.

Mr Amoah claimed that: “The National Petroleum Authority (NPA) on its website duly acknowledges that prices had declined by 9.65 per cent between the last pricing window in February and the first pricing window (March 2020) alone, yet, Ghanaian consumers had not seen anything beyond one per cent within the period of reductions.

The NPA clearly agrees to the fact that oil prices are falling averagely by around nine per cent.

“The implication is that while petroleum consumers globally should be benefiting by almost 30 per cent declines, the Ghanaian consumer is thus far only seeing reductions for only less than two per cent,” he said.

Advice to OMCs
Mr Amoah said the various OMCs and bulk oil distribution companies (BDCs) must at all times ensure that ex-pump prices reflected the reality as they always did when prices increased, in the spirit of fairness.