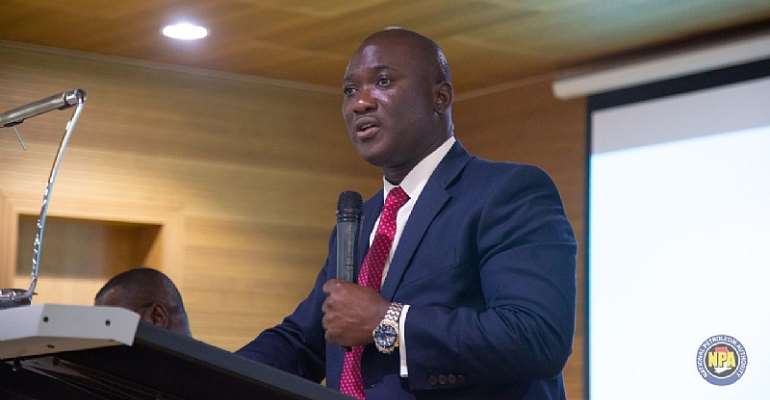 The National Petroleum Authority (NPA) says per its calculation, fuel prices at the pumps may be reduced by 15% on March 15, which is the next pricing window.

This follows the 30% drop in global crude prices and the relative stability of the cedi against major international currencies.

Groups like the Chamber of Petroleum Consumers (COPEC) the Institute of Energy Security (IES) and the opposition National Democratic Congress (NDC) have reiterated calls for a reduction in fuel prices by OMCs to reflect the global drop in crude prices on Monday dawn.

COPEC had anticipated a reduction of between 10-32% compared to the 2% that consumers have been given since the start of the year.

Speaking to the media on Tuesday, the Chief Executive Officer of the NPA, Hassan Tampuli, said although prices are due to go down, due process must be followed.

He explained that the deregulation policy allows for two window periods within which price adjustments are to take place and that the next price window is March 15th, at which time the changes would be effected by the OMCs.

He, therefore, described as premature and hasty the calls for immediate reduction.

COPEC is however against this position since in most cases, OMCS do not fully apply the same window rule when fuel prices go up on the world market, but often effect the changes immediately.

“We have observed the price movement from the 1st of March up to date, and there's a very clear indication that the prices will go down by the 16th of March. So it is not for Sammy Gyamfi [NDC's National Communication Officer] or anybody else to determine for us what the price should be.

The industry people themselves understand that the prices have to go down because there's a reduction in the price on the international market; government taxes have not increased, the cedi is way stronger than the dollar, and we should get the benefit of that.”

“What they must also know is that the Oil Marketing Companies are entitled to some margins which come to about 68 pesewas in the price build-up. Now because of the forces of demand and supply, they have reduced their margins sometimes to about 30 or 40 pesewas in order to be able to beat the other oil marketing companies.”

“Bear in mind that, they could have gone all the way to 68 pesewas which is statutorily allowed for them, so that should tell you that even the OMCs are not as reckless as they want us to believe, and we've been monitoring as a regulator, and we believe that by the next pricing window from what we have seen with movement of the products, the prices and so forth, we're likely to see something within the range of 15% reduction. That's from our calculation all things being equal up to 15th of March.”

Mr. Tampuli added that the government has been more prudent in its handling of the petroleum sector and that any attempts by critics to downplay their efforts would be disingenuous.

“Let me also put it on record, that but for the intervention of the government, Ghanaians would have been paying far more than they're paying right now. On 7th January when Nana Akufo-Addo took office, the total price build-up consisted of over 40% taxes, levies, and margins, today that is 14% less, we're doing 26%, and this has denied the government about 1.2 billion Ghana cedis, and that's what the President has given to the Ghanaian people.”

“So if we talk about a government that's responsive to the needs of the people of this country, what the President is able to do in terms of the taxes he has done so. And when it comes to the competent management of the cedi, it is there for all to see. So when prices go up on the international market, Ghanaians will pay accordingly, so now that the prices are coming down, nobody will tell the OMCs or the NPA or government that the prices should come down; it will come down naturally”.

Oil prices saw its lowest drop since 1991 on Monday, March 9, 2020, after Saudi Arabia started a price war with Russia by slashing its selling prices and pledging to unleash its pent-up supply onto a market reeling from falling demand because of the coronavirus outbreak.

Prior to this huge slash, crude prices had been relatively stable. By this, prices are generally expected to go down significantly at the pumps, to ease pressure on consumers.

Saudi Arabia, the world's biggest oil exporter, is attempting to punish Russia, the world's second-largest producer, for balking on Friday at production cuts proposed by the Organization of the Petroleum Exporting Countries (OPEC).