My Dethronement Is The “Will Of God” – Kano Emir 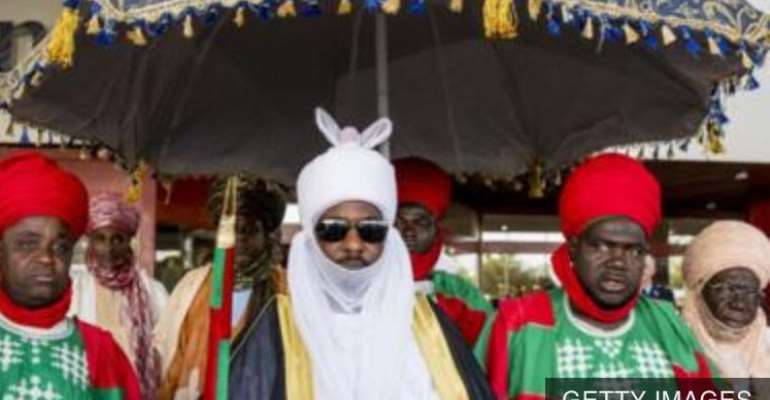 Muhammadu Sanusi II has accepted his dethronement as the Emir of Kano, Nigeria.

He describes it as the “Will of God.”

On Monday, the former Governor of the Central Bank of Nigeria was dethroned on grounds of alleged “insubordination.”

The Kano state government announced his dethronement, 57 years after his grandfather was also dethroned.

According to a report monitored on BBC, the dethroned Sanusi II, was escorted out of the palace by security officers.

He has since been replaced by his predecessor’s son, Aminu Ado Bayero.

He is reported to have called for calm in his first comments, urging people to “embrace” the new emir.

In a video, he stated that “God in His infinite Wisdom had willed that I will become an emir of Kano so I was enthroned on the 8th of June 2014. I spent almost six years on the throne. But today God has also willed I will leave the throne. I have taken it in good faith.”

According to him, “We are calling on people to be calm. “We urge our families and children to embrace the new emir. They should protect the heritage of this house.”