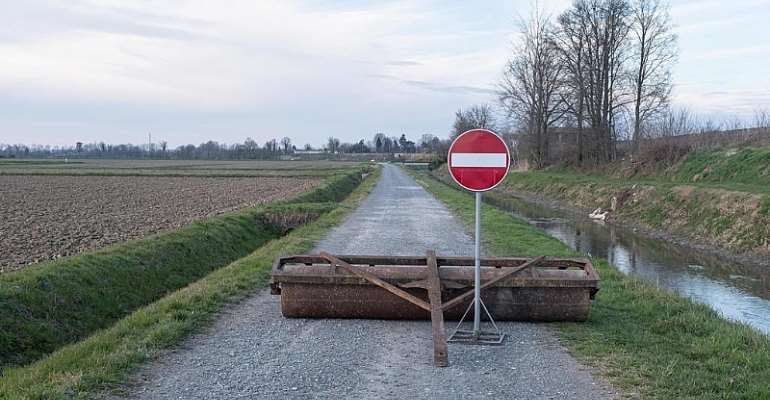 As Italy's total of confirmed coronavirus cases rose above 9,000, with at least 463 deaths, the government has imposed a nationwide lockdown until 3 April. The “stay at home” decree enforced today means that people in Italy can only travel for professional or health reasons.

Italy is the hardest hit by Covid-19 in Europe since the outbreak began in China last December. Prime Minister Giuseppe Conte announced on Monday evening that the whole of Italy would be under total lockdown.

Public gatherings are banned and all sporting events, including Serie A football matches, are suspended. Schools and universities have also closed down for at least the next three weeks.

"I will sign a decree that can be summarised as follows: I stay at home," Conte said on television. "Travel must be avoided across the entire peninsula unless it is justified by professional reasons, by cases of need or for health reasons.”

The government said only those with a valid work or family reason that cannot be postponed will be allowed to travel.

Religious institutions will stay open, as long as people can stay a metre from one another. Ceremonies such as marriages, baptisms and funerals are banned.

The Vatican's Saint Peter's Square and its main basilica are closed to tourists.

Anyone who wishes to travel is now required to fill out a standardised form justifying their reasons and submit it to authorities at train stations and airports, as well as on major roads between cities.

Helping Italians with payments
The Italian government will unveil new measures in a decree on Wednesday to help support payments of mortgages and taxes.

The new plans should allow families to suspend mortgage and tax payments during the coronavirus outbreak.

Ministers said they would also ask the European Union to allow Rome to raise its deficit spending beyond the 7.5 billion euros planned to help businesses hurt by a sharp drop in tourism over the past month.

Economic Development Minister Stefano Patuanelli said his government is working on a proposal to ask Brussels to raise Italy's spending by around 10 billion euros as “7.5 billion euros is not enough to face the crisis”.

EU leaders are to hold an emergency videoconference on Tuesday aimed at coordinating their response to the outbreak.

Meanwhile, the Spanish government said it was suspending all air traffic from Italy for two weeks over coronavirus fears