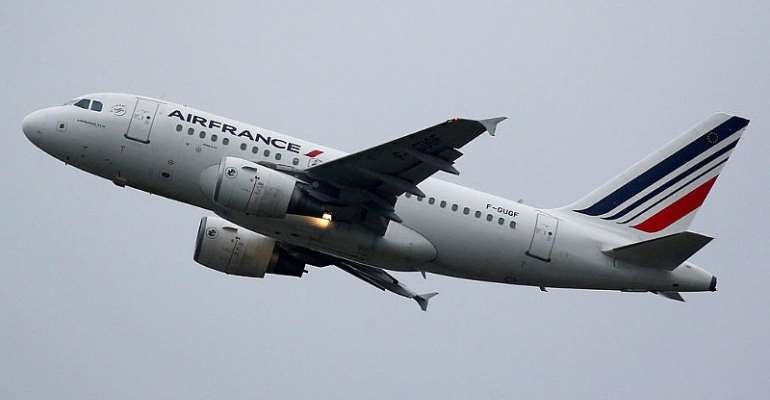 The spread of Covid-19 in Europe has led to a drop in the number of air travellers, but many airlines are still operating nearly empty flights under European Union regulations on time slots. Industry groups have called for more flexibility to limit the economic and environmental impact of the crisis.

Air France, British Airways, EasyJet and Wizz Air were a few of the carriers to announce on Tuesday they were cancelling all or some flights to Italy, where the government has restricted the movement of its entire population to slow the spread of Covid-19.

But regardless of cancellations, many airlines are still operating nearly empty “ghost flights” to Italy and around Europe, sending thousands of tonnes of carbon emissions into the atmosphere from planes carrying few or no passengers.

In one example, while Air France cancelled 20 percent of its flights in Europe and 30 percent to northern Italy, a French journalist captured an image of a nearly empty cabin on one of the airline's Rome-to-Paris routes last week.

The image shows a nearly empty cabin. The journalist, François Beaudonnet, reported there were 14 passengers on the flight.

Why nearly empty planes still fly
Airlines continue to operate such flights because of worldwide regulations on slot allocation, the times allocated by airports for departures and arrivals.

Known familiarly as the “use it or lose it” rule, an airline has to maintain at least 80 percent of activity in each of its time slots; otherwise, it risks losing them to a competitor.

The rule was designed to ease saturation at big international airports and to regulate competition between airlines. The European Union introduced the rule in 1993, defining a slot as “the scheduled time of arrival or departure available or allocated to an aircraft movement on a specific date”.

But in periods that see abrupt declines in the number of passengers, airlines continue to operate flights, despite the economic loss and environmental impact, in order to retain their shares of the time slots.

Calls for waiver
Public officials and industry groups have called on regulators to temporarily suspend the “use it or lose it” rule.

British Secretary of State for Transport Grant Shapps has called on UK regulators as well as the European Commissioner for Transport, Adina Valean, to waive the rule.

The International Air Transport Association has recommended suspending the rules governing slots for “the 2020 season” due to the impact of Covid-19.

The European Airport Coordinators Association recommended a waiver “until the end of June 2020 at the latest as a first step, with a provision for a possible extension should the Covid-19 outbreak crisis continue

European Commission sources have told media they are working on a solution to let companies retain their slots during abrupt drops in the number of people travelling by air.

Regulators have already waived slot rules on a rolling basis for flights to China and Hong Kong in earlier stages of the coronavirus outbreak.