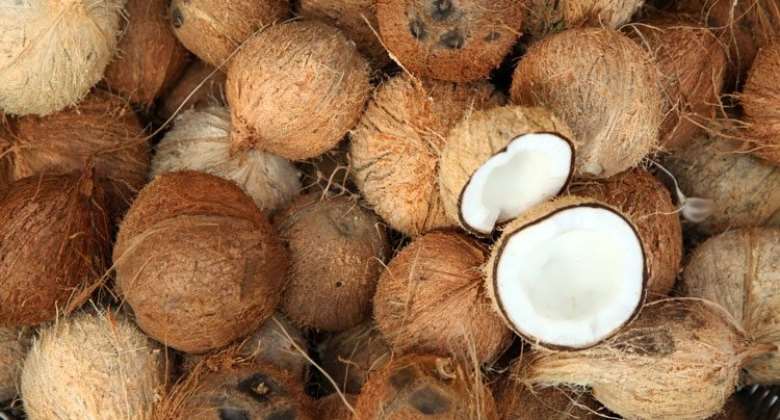 The commissioning of the first community-managed virgin organic coconut oil processing centre of the Ankasa-Tano Community Resource Management Area (CREMA) will take place at Ellenda in the Jomoro District on Thursday.

This has been made possible through the collaborative efforts of the Ankasa-Tano Community Resource Management Area, West Africa Primate Conservation Action (WAPCA) and French NGO, Noe, in partnership with Savannah Fruits Company (SFC).

The project seeks to empower women and farmers to produce organic virgin coconut oil, in order to curb deforestation and sustainably manage natural resource by and for the most vulnerable communities.

A release jointly issued by the collaborating entities said West African women faced disproportionate challenges such as land tenure, discrimination and sexual exploitation, adding that only 10% of aid for agriculture, forestry and fishing went to women (FAO, 2014) whiles the agricultural production could be increased by 20-30% if women had the same access to agricultural resources as men (FAO, 2011).

“Therefore, giving women the means and opportunity to improve their income by forming virgin coconut oil processor groups grants them the ability to lift themselves out of poverty, along with their families and communities,” the release said.

Also, it said as part of the project, a conservation agreement had been signed between the Ankasa-Tano CREMA and SFC.

Thus, the agreement joins the CREMA to commit itself to preserving the forest through conservation actions such as patrols or reforestation, producing organic coconut fruits whereas SFC also commits to buy coconut fruits from the CREMA's registered farmers at a premium rate and pay an upfront percentage to The Conservation Fund on each coconut purchased.

The conservation fund will then pay for the conservation actions and create over time completely self-financing conservation initiatives, which will benefit not only the primates but the local people too.

The whole project allows for over 300 coconut farmers and 60 women processors to be trained and certified organic and benefit for an increased income, three virgin coconut oil processing centre to be built, 13,300 hectares of forest to be protected and sustainably managed by the communities and 30,000 trees to be planted.