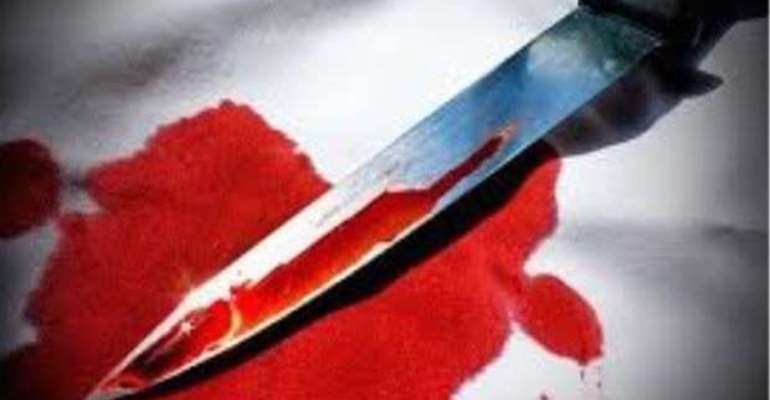 A 19-year-old boy, Richard Baako, last Friday night stabbed to death by another teenager during a scuffle at Kwamikrom, near Aboadi, in the Ahanta West Municipality of the Western Region.

The incident followed heated exchanges over a loaf of bread after the suspect (teenager and JHS 2 student name withheld) and his group had returned from a snail hunting expedition.

The body of the deceased has been deposited at Dr Mensah's Mortuary at New Amanful, near Apowa, whilst the suspect has been detained at the Agona Nkwanta Police Station for questioning.

Narrating the story to the Ghanaian Times, the Assemblyman for Aboadi Fasis, Osagyefo Stephen Rowell, explained that last Friday night, the suspect together with four other boys from Nkwantaesia, went on a snail hunting expedition.

He said on reaching Kwamikrom at about 11 pm, the boys became hungry and decided to buy ¢4.00 worth of bread and began cutting it with a knife they used for the hunting.

Suddenly, Mr Rowell said, the deceased appeared at the scene and complained that the boys were using a rusted knife in cutting the bread, but they (hunters) replied the knife belonged to them.

“This resulted in a scuffle and both fell on the ground. In the process, the knife of the suspect allegedly stabbed the deceased (Baako) in the chest, and he died on the spot,” he added.

All effort to get the police proved futile.