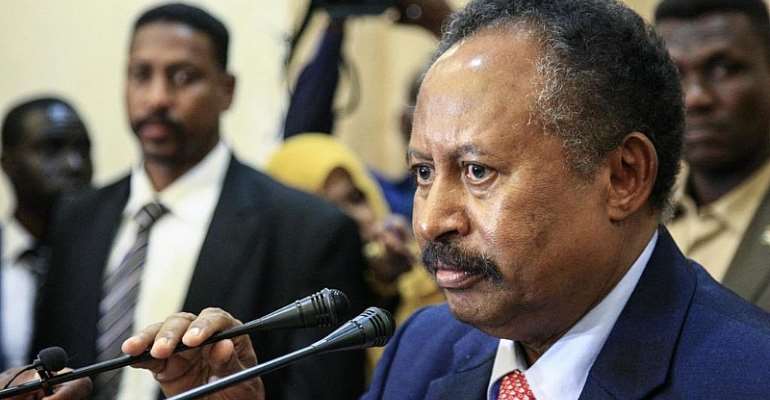 Sudanese Prime Minister Abdalla Hamdok has escaped unharmed from a blast targeting his convoy as it moved through the capital Khartoum on Monday, officials and media said.

Hamdok's office and Sudanese state media reported an explosion went off near a convoy as it was driving the prime minister to his office.

“An explosion hit as Prime Minister Abdalla Hamdok's car was driving by, but thank God no one was hurt,” said the premier's chief of staff, Ali Bakhit.

“I am safe and in good shape,” read a tweet on Hamdok's official account. “Rest assured that what happened today will not stand in the way of our transition.”

Images on state television and social media showed at least two damaged vehicles at the site of the blast in the capital's northeastern Kober district.

Media reported Hamdok was well and taken to a safe place. One report on state radio said automatic weapons were also used in the attack and that Hamdok was taken to a hospital.

Hamdok named PM in power-sharing deal
Following the pro-democracy protests that forced the military to remove Bashir last April, Hamdok was appointed in August as part of a joint military-civilian sovereign council of 11 members formed to govern Sudan for the next three years.

After Bashir came to power in an Islamist-backed military coup in 1989, Sudan became an international pariah for its support of Islamist extremist groups and limits on personal freedoms.

The military remains the de facto ruler of the country and has shown little willingness to hand over power to civilian administrators.

But Hamdok has confirmed the government will cooperate with the International Criminal Court's efforts to prosecute Bashir and others wanted for war crimes and genocide in connection with the conflict in the Darfur region in the 2000s.

The transitional government is under pressure to end wars with rebel groups, attract foreign aid and deliver the democracy it has promised.

Sudan faces a dire economic crisis, with 60 percent inflation and unemployment at over 22 percent in 2019. The government says 30 percent of young people, who make up half of the country's 42 million population, are without jobs.