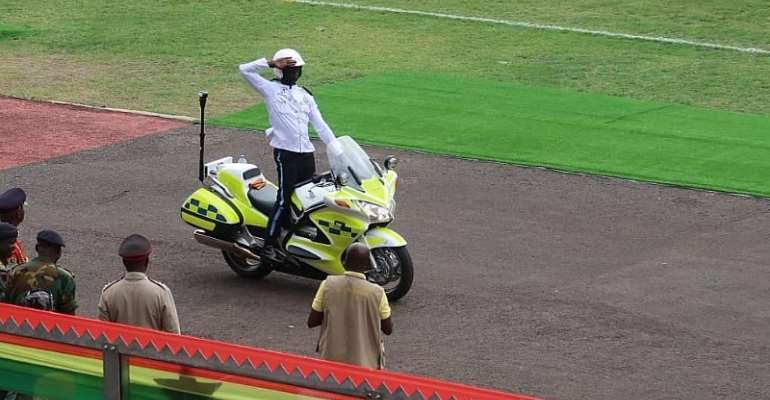 Police motor dispatch riders displaying some skills with their motorbikes

Spectators that attended the 63rd Independence Day anniversary parade in Kumasi last Friday had a lot to cheer about.

The programme, which lasted for about six hours, was full of different kinds of entertainment, and the crowd enjoyed them a great deal.

And among those that thrilled the crowd most were police motor riders or dispatch riders whose displays wowed the crowd.

The riders, who heralded the President to the Baba Yara Stadium, venue for the programme, displayed some interesting moves.

Some of the riders, at top speed, were seen standing on their motorbikes, thereby attracting wild shouts of admiration from the crowd.

About 10 riders used their motorbikes to perform some spectacular moves and at some point, the crowd was seen giving the riders a standing ovation.

Some police officers later said they were not surprised about the splendid display by their colleagues, because of the intensive training they go through to perfect the act on such big occasions.