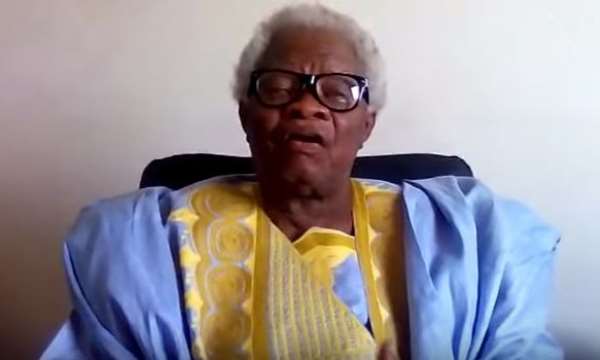 If Charles Kwame Kudzordzi, aka Papavi, and his secessionist group have not yet declared war on the sovereign territory of Ghana openly, they have effectively done so by their action last week in the Volta Regional capital of Ho.

In the major battles during the Great Wars, the hoisting of flags in replacement of existing ones suggested without doubt the capture of the terra firma. The practice has not changed flags representing the spirit of a sovereign entity.

Therefore, to pull down a country's flag as was evidenced in Ho cannot be pushed under the carpet and derided.

The hoisting of the secessionist flag on the Volta Regional Coordinating Council, the seat of the President's representative in the region, was a declaration of hostility. In their fantasy, Ho was part of their dream Western Togoland.

They planned to carry out the act close to March 6 to impress an important message.

It was a calculated effort at restating the secessionist project for which they would stop at nothing to bring to fruition. Although a laughable project, ignoring them is an unacceptable option, with their persistence not relenting. Daring the sovereignty of Ghana should be met with the full force of the state coercive powers.

They often get away with their treasonable acts and that palpably is the reason why they continue to pull the tail of the lion. After all, the rule of law is the cornerstone of our governance system and so far they have been able to manipulate it to suit their purpose.

While we appreciate the fact that rule of law defines our governance system, we nonetheless must find a way of ensuring that the impunity underpinning the actions of the secessionists is halted.

We are unable to determine how the bad guys managed to breach the security cordon around the Volta Regional Coordinating Council to carry out their objective.

It would appear that they accessed the council premises easily following which they climbed up to pull down the banner and to replace it with the Papavi's Western Togoland flag. We wish to ask whether they did so in the full glare of the security personnel on guard duty at the time. Unless the regional police command is claiming there were no police officers when the Papavi's men arrived.

We would be surprised if the security details on duty at the location have not yet been arrested for questioning. The Senior Police Officer responsible for assigning cops for guard duties to the men on duty within the premises must answer questions as to how the secessionist accessed the flag post and pulled down the flag and replaced it with theirs.

It is not enough for the Regional Minister to tell us that investigations would be undertaken. Ghanaians need to know what has happened so far, a few days having elapsed since the security was compromised at the location.

A declaration of an independent Western Togoland and now the pulling down of our flag are direct hits at Ghana for which a different response must be considered. Their next move could be more insulting to our sovereignty.