It Is High Time Government Paid Assemblymen From The Consolidated Fund: Do So By Amending Article 250 (2) Of The 1992 Constitution 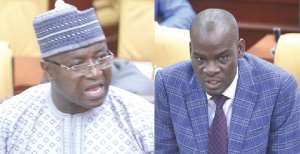 Per article 295 of Ghana’s 1992 Constitution and section 33 of the Local Government Service Act, 2003 (Act 656), what is called a District Assembly is equally inclusive of Municipal and Metropolitan Assemblies. In this piece, therefore, district shall also be a generic term for a district, a municipality and a metropolis. In likewise manner, District Chief Executive shall also mean Municipal and Metropolitan Chief Executive in the piece.

Article 241(3) of the Constitution, 1992 mandates the District Assembly as the highest political authority within a district, and just like the Parliament of Ghana, the Assemblies are constitutionally clothed with deliberative, legislative and executive powers. One can submit with a fair margin of constitutional certainty that the District Assembly is the legislature within the local governance system of Ghana.

Going forward with this reasoning and mindful of the important roles of the Assemblymen within the decentralized local governance system, one wonders why the District Chief Executives and the Members of Parliament are paid from the Consolidated Fund but the Presiding Members and other Members of the Assembly are paid from the Assembly’s Internally Generated Funds. These emolument arrangements can be found in articles 71, 98 (1), 250 (1 & 2) of the 1992 Constitution. The piece, therefore, seeks to advocate for well-established and reliable emoluments for Assemblymen across the nation just as their counterparts in Parliament are paid. In the piece, however, Assemblyman or Assemblymen shall be a generic term for all elected Assembly Members regardless of their gender. Ghana’s Interpretation Act, 2009 (Act 792) makes it clear that whenever the pronoun he is used in a statute, it shall also mean she and vice versa.

Membership Of A District Assembly And Emoluments

Article 242 of the 1992 Constitution clearly outlines the Members of a District Assembly to include the following:

The concern of this piece is that Government must start paying the Assemblymen (the elected members of the Assembly) form the Consolidated Fund. Before we address that, however, let us apprise ourselves with who the Presiding Member is.

The PM’s position in the Assembly is tantamount to that of the Speaker of Parliament because the Constitution [Article 243 (3a & 3b)] provides job descriptions for the PM. It states that the PM shall not only preside over the meetings of the Assembly but also perform such other functions as may be prescribed by law. The same constitutional renditions relating to the PM are replicated in the Local Government Service Act, 2003 (Act 656).

I have gathered that they receive meagre sitting allowances but the payment of those allowances over delays. Most of the Assemblymen are unemployed so life becomes miserable for them in their bids to serve the nation at the local level. Some Assemblymen who have to travel long distances to attend Assembly meetings do so with their own resources. Either this compels them to align themselves with partisan political offices or to MPs, even though the Constitution prohibits them from overt partisan politics (article 248).

The MP is paid salaries, allowances, ex-gratia, benefits from housing and car loans or facilities and he or she is still given part of the District Assemblies Common Fund (DACF) for developmental purposes. As if that is not enough, we still give GETFund scholarships to the MPs even though they are already enjoying a lot. This type of discriminatory system is a recipe for the unending corruption and the perceptions of corruption the country is dealing with.

Instead of creating more constituencies, which call for expanding the parliamentary chamber to accommodate more seats, we should remunerate the Assemblymen and equip them on the job. If every electoral area develops, then every constituency, district and the nation as a whole develops.

The Assemblymen Are To Blame For The Discrimination Towards Them

To a large extent, the Assemblymen themselves are to blame for their poor remunerations since the inception of the Fourth Republican. My reasons are enumerated below for ease of reference and understanding.

Having blamed the Assemblymen themselves for their plight concerning poor or non-existent of remunerations for their daunting roles as local legislators, there is the need to make some few recommendations to executive and legislative arms of government.

Instead of seeking to make Assembly elections partisan and instead of creating more constituencies, Government and for that matter Parliament should rather amend article 250 (2) of the Constitution so that emoluments for Assemblymen and the Presiding Members (PMs) become chargeable on the Consolidated Fund. This is possible because article 250 is not one of the entrenched provisions in the Constitution.

Assembly members also deserve resources to be allocated to them to develop their electoral areas. Gifted but needy Assemblymen who choose to go for further studies should also be given GETFund scholarships or any other facilities to do so. The quality of the Assemblymen in terms of qualification and experience will improve and possibly influence their performances positively if proper remunerations are availed to the position. It is trite assertion that the hope of a reward sweetens labour. As a country, we should desist from treating the role of the Assemblyman as a sacrificial job. Just as their counterparts in the Parliament of Ghana, the Assemblymen have deliberative, representative and legislative functions because they make by-laws during Assembly proceedings and they represent their electorates.