We Have Heard This Before 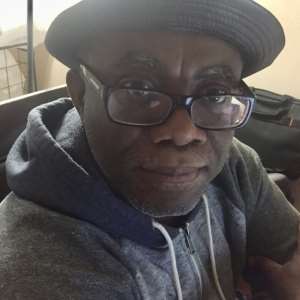 There is a clearly defined Separation of Powers between the Church and the State, so the so-called Apostle-General and Founder of the Royalhouse Chapel International, Mr. Samuel Korankye Ankrah, had better strictly keep to his lane or his side of the Social Contract Bargain (See “Sam Korankye Ankrah Bemoans Too Much Powers in President” News Desk – Modernghana.com 2/17/20). At a ceremony marking his 60th Birthday Anniversary, the Pentecostal and charismatic mega-church owner and leader was reported to have decried what he termed as too much powers having been ceded to the President of the Sovereign Democratic Republic of Ghana. He is not the very first Ghanaian citizen to have recognized this fact and remarked on the same. That credit, it is significant to note, squarely belongs to the late Mr. Kofi Annan, the Nobel Peace Prize Laureate and former Secretary-General of the United Nations Organization (UN).

But, perhaps, what is even more significant to point out here is the fact that the so-called Winner-Takes-All political culture of Ghana is not unique or peculiar to our country. Many more constitutional democracies operate that way than not around the globe, with the President being entrusted with the power to appoint the Inspector-General of Police, the Chief Justice and the Army Chief of Staff, and other highly placed Civil Service Administrators. It is equally significant to note that absolutely nothing has changed since our current 1992 Fourth-Republican Constitution came into effect, with four presidents having preceded the current one, namely, Nana Addo Dankwa Akufo-Addo. There is also something rather curious and megalomaniacal about Rev. Korankye Ankrah’s grandiloquent title of “Apostle General.” So maybe the Founder of the Royalhouse Chapel International would do better and humbly so to revisit his own titular designation of “Apostle General,” and then studiously work his way up from there. Charity, as that tired, old maxim goes, must begin at home.

You see, rather than pontifically and self-righteously decry the present statutory powers afforded President Akufo-Addo by the 1992 Constitution, civil society leaders like Rev. Korankye Ankrah ought to be seriously interrogating and demanding explanations as to why the members of the National House of Chiefs and The Asantehene, Otumfuo Osei-Tutu, II, deliberately and roundly sabotaged the December 17, 2019 Referendum that had been aimed at wisely and democratically and constructively reducing the powers of the President of the Sovereign Democratic Republic of Ghana and deepening the general quality of democratic cultural praxis in the country, by having Metropolitan, Municipal and District Chief Executives directly elected by the people, rather than being handpicked and appointed to govern the people at the local level.

Likewise, the flat refusal by our invested traditional rulers to have our District Assembly and Unit representatives elected along political party lines, in much the same manner as our Parliamentary Representatives, ought to be seriously interrogated by religious and civil society leaders like Rev. Korankye Ankrah. Equally significant, of course, must be noted the fact that the scuttling of the December 17 Referendum had been deviously engineered by the autocratic and “revolutionary” leaders of the country’s main opposition National Democratic Congress (NDC), which also prides itself in being the most violent political party in the country. To be certain, rather than vacuously decrying the excessive powers constitutionally granted the Presidency, the leader of the Royalhouse Chapel International ought to be commending Nana Akufo-Addo for being the very first Fourth Republican Ghanaian leader to have seriously attempted to move the country away from the patently unhealthy and unsavory Winner-Takes-All political regime to a much more politically cohesive and functionally inclusive system of power sharing.

The author has 5282 publications published on Modern Ghana.

Gov't Suspends Ban On Importation Of Accident Cars
15 hours ago