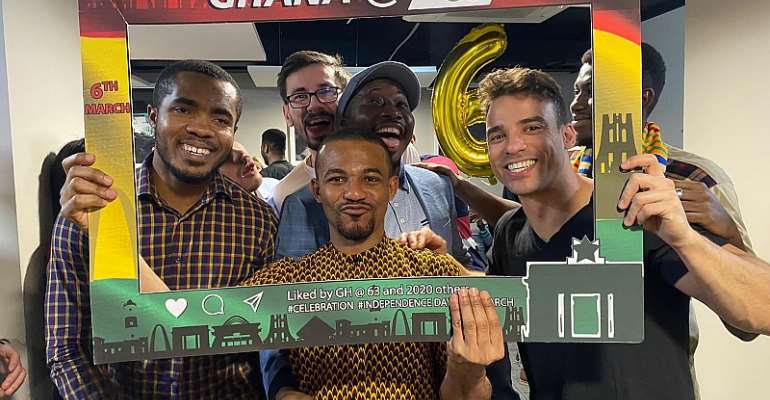 Ghana celebrated her 63rd Independence Day, and as usual, Ghanaians in the diaspora took part in this special celebration. One city which is gradually becoming the most preferred destination for Ghanaian students is the Energy Capital of Europe, Aberdeen, with two of its big universities, the University of Aberdeen and Robert Gordon University, equally earning such profound prominence in Ghana.

On Friday, the 6th of March, while Kumasi was busily hosting the entire country for the 63rd independence celebration, hundreds of both Ghanaian and non-Ghanaian students were also in an ecstatic mood, with the black star, red, yellow and green colours fluttering high, and the national anthem reverberating at the Students Roost, Pittodrie Street in Aberdeen.

Other nationals participated as the day was marked with the singing of patriotic songs. Also featuring prominently were varieties of Ghanaian local dishes, good Ghanaian music and dance as most of them were clad in various Ghanaian traditional outfits.

To all who participated, it was a reminder and rekindling of our their love and patriotism for the motherland. The occasion was a recall of the powerful declaration of Dr. Kwame Nkrumah on the day of independence which he stated that “our independence is meaningless unless it is linked up to the total liberation of Africa”. This statement was true and relevant at the time it was made, and was even more relevant at the Students Roost in Aberdeen albeit in a different context.

As one people from the beautiful continent of Africa, they share the inspiration, optimism and confidence that comes from that speech of the great son of the continent.

Indeed, the Ghanaian students with their compatriots domiciled in Aberdeen and its environs, made the country proud on the night.