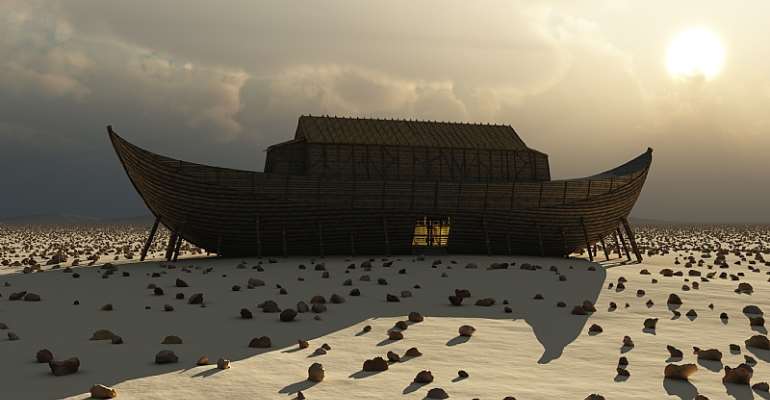 Think about it. If you thought your adversary would applaud you for a good job done, forget it.

Forget it and start to live your life like the small ant. The tiny weakling takes time to gather his foods. Step by step, in a painstaking manner he does it so diligently that when the worse season comes he lacks nothing.

But they that scorn him gnash their teeth in no time.

Noah’s Ark would cost a fortune, perhaps break world record, if it were found and auctioned today. But, you'd agree with me that Noah was seen by his town folks as one beside himself or one suffering from hallucination.

Noah didn’t budge. He ignored his people and did what God had asked him to do. Do what you can do. For doers reap what they’ve sown. If you don’t sow you don’t harvest. You’re born to crawl before you can walk. Walking begets running and if you believe in yourself you can fly.

Remember they that have wings fly.
And they that have teeth break bones…If you’ve forgotten how irritable teething is like, I urge you to go ask a three or five-year-old kid. Teething is associated with irritability, swollen gums and soreness.

Be reminded, every breakthrough comes with pain just like teething. Your situation may seem never-ending.But every Egypt brings forth a ‘Promised Land!

Think you’re Samson or stronger than Samson-- the Nazarene?

I’m pretty sure his story also resonates.
Think about it, because every Samson has his Delilah.

Moses was timid. But God killed his timidity.
He empowered him and the one-time coward led hundreds of thousands Israelites out of Egypt.

Most of us get our dreams killed even before they’re born. We’re often haunted by fear.

The fear that things might fail and we will get ridiculed. Ignore the Ahitophels in your life. Remember Ahitophel was one of David’s most trusted advisers. But he took a leading role in the revolt of David’s son Absalom. His defection dealt a severe blow to David.

They use their tongues to kill the goose that lays the golden eggs. Don't pay heed to them. Keep doing your stuff. Do it anyway. Do it to your satisfaction. Do it as if you’re crazy.

Take note, soothing words heal broken hearts, but fire cracker mouths rip them apart. Some mouths shoot like trumpets. Their words are like swords that pierce through the walls of the hearts. When tongues fly words like darts they kill more than guns. Our fingers aren’t equal. Some fingers are dexterous on the keyboards, while some are good at pulling the triggers.

Do you remember the teacher?
There once lived a great teacher.
He was a preacher too. His teachings were on point. His preachings were so moving and so inspiring. He was blameless yet his detractors blamed him. He was faultless but they faulted him. He was selfless yet the selfish people selfishly crucified him.

If the great teacher (the Holy One) even had enemies, how much more we the mortal being.