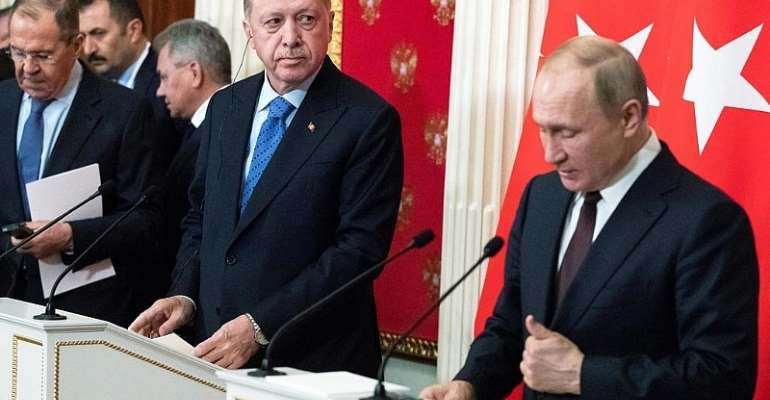 Today's Paris Live begins with a look at what actions will be taken to ensure the ceasefire in Syria's Idlib province, brokered by Turkish President Recep Tayyip Erdogan and his counterpart Vladimir Putin on Thursday.

We'll hear a special report from the Greek island of Lesbos, where tensions are mounting as more migrants flood into the island from Turkey, met by angry locals, already exhausted by years of a precarious humanitarian situation.

On the Africa news front, we hear about the emerging reactions to the confirmed victory of incumbant Togo president Faure Gnassingbe - who was re-elected for a 4th five year term of office.

We also turn to South Africa for an update on the spread of the new coronavirus, following the announcement of the country's first case, a man who returned from a ski trip in Italy and brought the virus back.

We visit Paris' Odeon European Theatre - one of the rare theatres in France with a repertoire featuring foreign productions with subtitles, films adapted for the stage and international directors.

And we meet this week's World Music Matters guest, the Cameroonian singer songwriter Olgha who tells of the tragic situation in her native Anglophone regions.