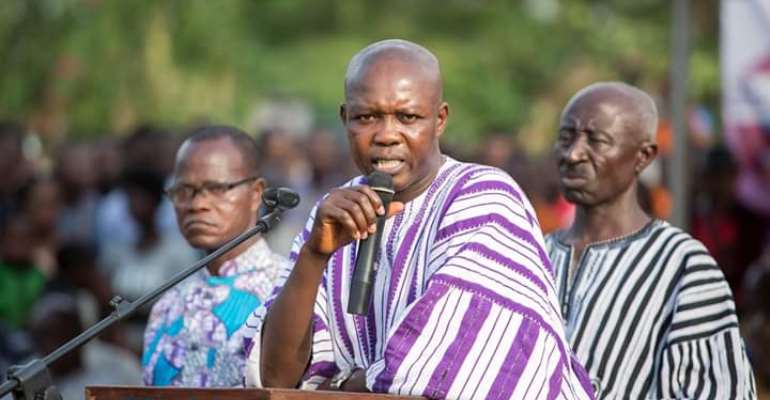 Lawyer Bernard Ahiafor the Akatsi South Member of Parliament (MP), has predicted that President Nana Addo and the NPP will record few votes in the Volta Region and across the country on December 7.

He complained bitterly that the New Patriotic Party (NPP) administration, led by President Nana Addo, had virtually turned his back on the Volta Region in terms of development.

The Akatsi South Legislator insisted that the New Patriotic Party (NPP) government’s abysmal performance showing in the Volta and other Regions, would lead to the ruling political party losing a lot of seats in both the presidential and parliamentary polls come 7th December.

Mr. Ahiafor said all developmental projects that the erstwhile National Democratic Congress (NDC) government, led by ex-President Mahama started in the Volta and most of the Regions to give the Constituencies a facelift and improve the lives of the people, had been abandoned intentionally by President Nana Addo.

He particularly mentioned the abandoned Hospital, Road, Electrification, Water and Educational infrastructure projects in the Akatsi South constituency that the NDC left behind, which had virtually become a white elephant under the NPP.

In a statement signed by the member of parliament to mark the 63rd independence day anniversary, the prolific lawyer and the member of Parliament have said, they have completed 63 years as a nation at a very difficult and Unbearable juncture and he call on Ghanaians to vote out the NPP government for the betterment of Ghana.

He indicated that voting them out must be Communal labour for everyone to attend for the beauty of the community.

He seized the opportunity to wish all his Constituents, chiefs and all stakeholders of Akatsi District Happy Independence Day Anniversary.

READ HIS FULL STATEMENT BELOW.

Ghana had independence in 6th March, 1957 which is exactly 63 years ago.

The battle for our independence was fought by very patriotic and selflessness group of persons led by Dr. Kwame Nkrumah.

Today, you and I are beneficiaries of that toil of our progenitors.

I cease this opportunity to extend my heartfelt appreciations to our Chiefs, Queen mothers, farmers, traders, teachers, religious leaders, opinion leaders, students, security service personnel, the media etc, for your outstanding contributions to the Peace and Development of Akatsi South constituency and Ghana as a whole.

Your toils and sacrifices cannot be in doubt, as we celebrate this important occasion today.

As a member of Parliament and proud son of the land, I did and still doing everything within my strength to see Akatsi South get to the promised land.

As we count our successes today, it is also important to identify our shortfalls as a nation to help us move forward.

Our constituency began to experience highly estimated rate of development in terms of roads, health facilities, potable water, sanitation, education, electricity etc until we had a change of government but not of governance.

All these important projects were halted and abandoned.

Meanwhile, these projects directly affect the living standard of our people of Akatsi South and beyond.

It is necessary that I draw the attention of the government to these projects which started in His Excellency John Dramani Mahama and the NDC's government and have been abandoned for no clear reasons.

I again wish to alert the Akufo Addo led government of the fact that, Akatsi South is still waiting for the factory they promised, the one million Dollar per constituency per year, the dams, the senior High School etc.

We the People of Akatsi South are not to be deluded.

The insecurity in the country is beyond our understanding now.

Especially, in the recent gruesome murder of the Assembly man in Sogakorpe. This is not the country His Excellency John Dramani Mahama handed over to President Akufo Addo.

And we can not be celebrating while our brothers and sisters are being murdered on daily basis.

I therefore call on all citizens of Ghana and Akatsi South in particular to use today's occasion to analyze the economic hardship, fuel price hikes, insecurity, corruption, etc and vote accordingly in the upcoming December 7th, 2020 polls. 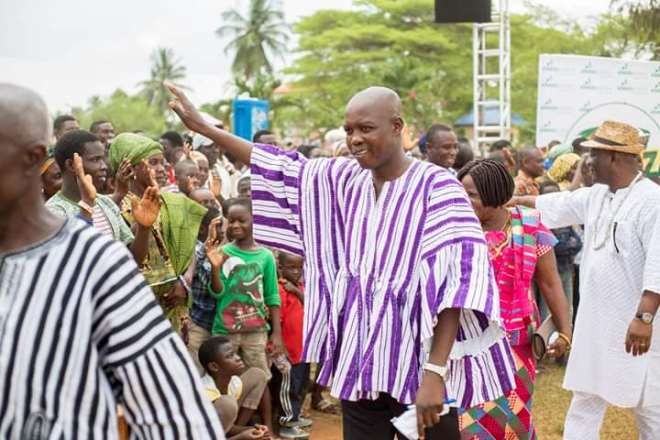