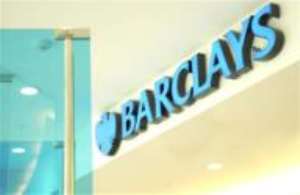 Speaking during the Asian Development Bank's annual meeting in Hyderabad which ended at the weekend, they saw opportunities in onshore wealth and among non-resident Indians, who often have ties to the UK where Barclays has a private banking operation.

"For us to be seen in the region as a serious player in the private banking business, it would not make sense for us not to be in India," Morrice said.

"It will be on the radar screen for the future as an area of opportunity but it needs a lot of thought and ... planning and understanding what the opportunity is."

Barclays Capital published a wealth manager survey in March that saw India's wealth market growing at least 15 percent a year for the next three years and assets under management hitting $256 billion.

Estimates for India's middle class are hard to come by but some put the number at 56 million people in households earning $4,400-$21,800 a year.

Barclays has more than 7,500 staff globally in its wealth management business, managing assets worth more than 78 billion pounds ($145 billion).

"This is a business in which Barclays has an existing brand reputation. Brand is very important in wealth management," Wright said.

Asia revenues were expected to show compound annual growth of 25 percent over the next five years. While Barclays Capital was investing across the region, its three main areas of focus were India, China and Japan.

India's credit card market is growing at more than 30 percent a year, with an estimated 17.5 million cards in issue, but Morrice said more homework was needed before the bank decided whether Barclaycard should enter it.

"As with most of these markets globally, it's trying to get a local understanding of how the market really works. There's a lot of exploration needed," Morrice said. "I don't think there is any firm decision on the horizon for Barclaycard."

Barclays Capital has been a dominant player in managing overseas convertible bond issues from India, where issues totaled an aggregate $3.5 billion in 2005.

Morrice said he saw fees falling further as the market became more competitive but expected the size of deals to grow.

India has set up a committee to look into greater capital account convertibility which is due to report by the end of July.

"You will start to see a real acceleration in development in some derivatives markets ... around the time of currency convertibility," Morrice said.

"Potentially it will push along the growth of asset management, which is still, relative to other markets, quite small."