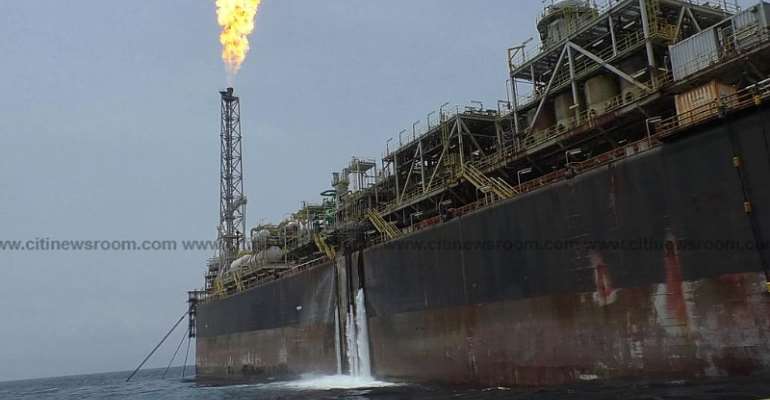 The Jubilee Offshore Field Manager in-charge of the FPSO Kwame Nkrumah, Bruce Tait, says challenges with the FPSO’s turret bearing have been resolved.

He said the issue was fixed with an industry groundbreaking innovation, placing it in a safe location after the damaged bearing was replaced.

The Jubilee Offshore Field Manager who was speaking to Citi News as he led a tour of journalists on the operations of the Kwame Nkrumah FPSO said the FPSO is currently producing 92,200 barrels of oil per day without any offloading difficulties as was encountered when the turret bearing was faulty. 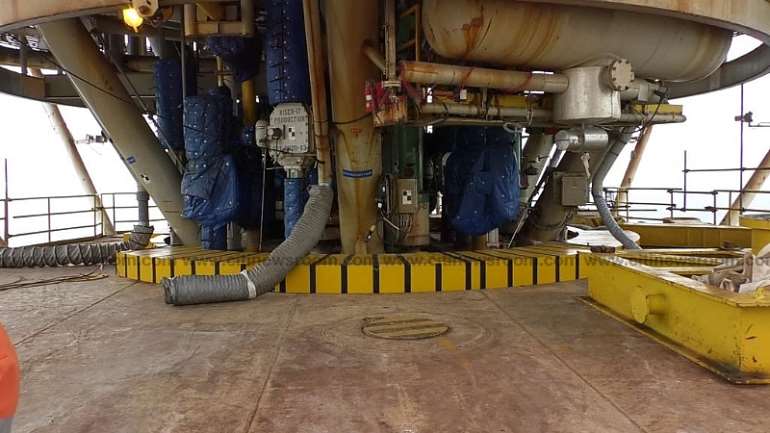 “The challenges with the turret have been completely resolved. With the installation of the calm buoy, it is expected that production and offtake will be smooth. It is indeed an industry ground-breaking innovation to be able to remediate the turret and create an efficient offloading system concurrently alongside production…This has propelled the FPSO to currently produce at 96,200 barrels per day, while re-injecting and flaring more than 30 percent of gas produced, due to the less raw gas requirements by the Atuabo Gas Processing plant.”

The fabricated Buoy Turret Loading (BTL), which forms part of the Oil Offloading system (OOSys), arrived in Ghana on 3rd January 2020 to be retrofitted on the Jubilee FPSO Kwame Nkrumah to reduce the overall offloading costs. 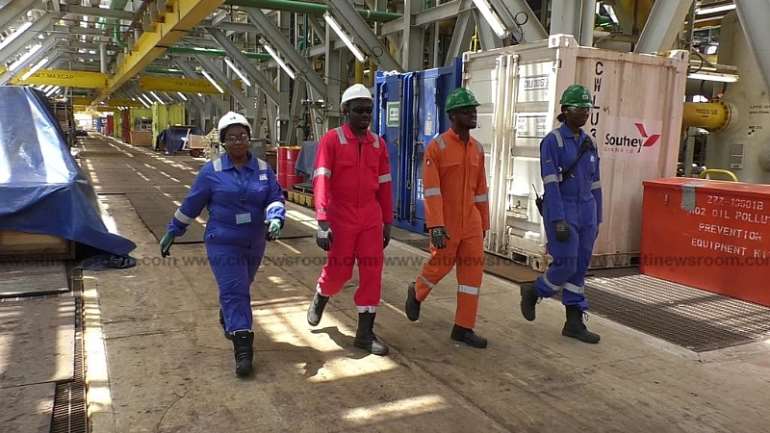 The construction and installation of the BTL were supported by Belmet 7, a Ghanaian company in Takoradi, which finalized fabrications for the suction piles, oil offloading lines hang off-platform, and pigging module, for installation on the Jubilee FPSO.

Touching on Local Content, the Jubilee Offshore Field Manager of the FPSO Kwame Nkrumah, Bruce Tait, said a lot of successes have been chocked in that regard. 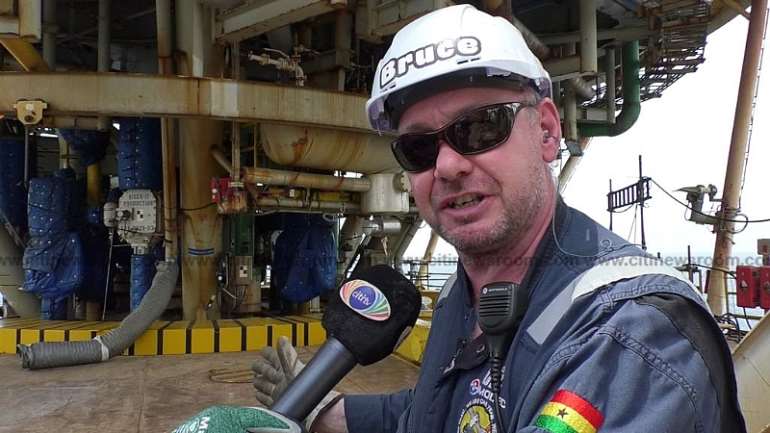 “Together with all the other vessels in the field, the Jubilee operations has a 1,050 personnel in the field. A significant proportion of these people are Ghanaians, meaning this operation contributes significantly to local content.”

The Offshore visit to the FPSO Kwame Nkrumah at the Jubilee Field was to conclude a three-part Tullow funded training program in the fundamentals of oil and gas for the selected journalists to help improve their reporting on the Petroleum industry.

The journalists who included, Marie Aziz Tunde of Ghana Broadcasting Corporation, Citi TV's Akwasi Agyei Annim and Daryl Kwaw of Joy News had also secured the Basic Offshore Safety Induction and Emergency Training, BOSIET certification, which allowed them to travel to the FPSO. 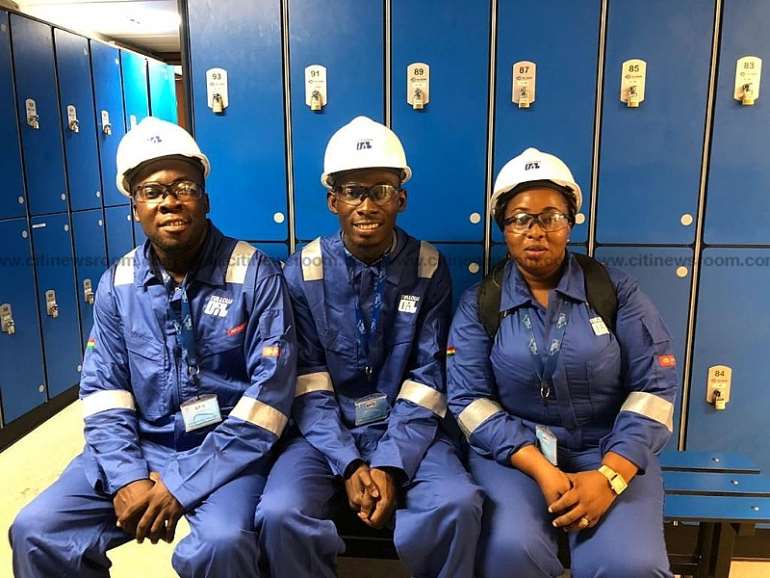 The Senior Communications and Investor Relations Advisor at Tullow, Anani Yao Kuwornu, who supervised the visiting journalists said the first-hand experience given to the journalists would be beneficial to the Petroleum Industry and the journalists. 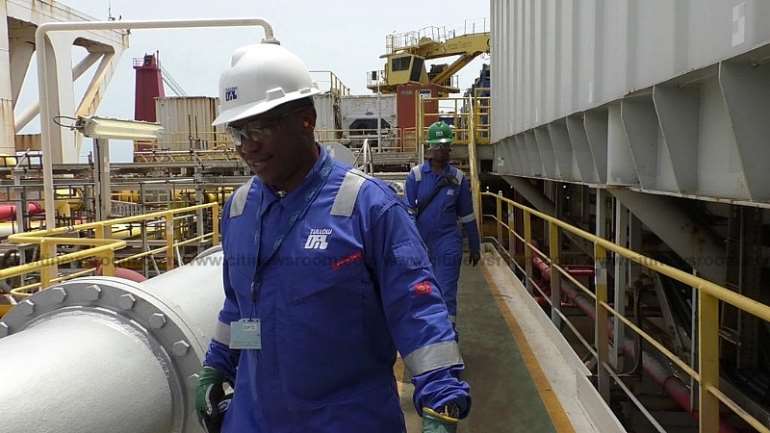 “We know that you read about it, you hear about it but it is a different thing when you see it. So for example, we talk about turret all the time but when you see the quantum of metals that constitute the turret and the complexity of the engineering behind it, it gives you a better sense of it. So we felt that it would crystalize everything that you have learnt and hopefully when you now report, people would believe you more because of what you have seen.”