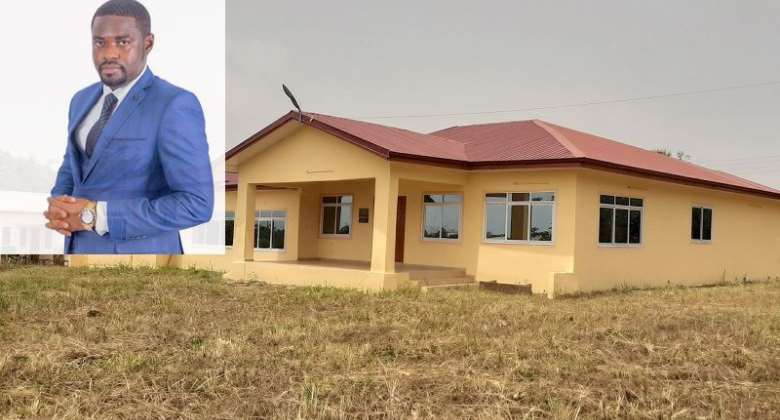 Dr. Adu Boateng who is an alumnus of University of Education (UEW) identified one of the biggest problems facing students who become mothers while studying at the university; and that was female students dropping out of school by virtue of becoming mothers because they had nobody to take care of their new-born babies while they attend lectures.

At the 9th anniversary of the institution’s Childhood Care Education Students Association of Ghana (CCESAG), an event he chaired, Dr. Boateng promised to help solve the problem by building a day care centre for the Department to enable mothers who double as students leave their kids to be taken care of at the on-campus Day Care centre.

True to his words, Dr. Adu Boateng has single-handedly funded the construction of the Day Care Centre furnished with an office, a resource centre, and toilet facilities to its completion.

According to the multiple award-winning medical practitioner and philanthropist, it’s his wish to see many women pursue higher education. He said one of the hindrances to women achieving this feat is as a result of childbirth, even for those who are already studying in tertiary institutions.

“In most cases, the moment a female student gives birth, she is presented with the difficult choice of truncating her studies to take care of her child. This doesn’t help. I thought of a way to put an end to this, and one of the ways is building this Day Care centre. Once a student gives birth, her ward can be at the centre while the mother concentrates fully during lectures,” he added.

Dr. Boateng who regards the Day Care Centre to be his small contribution to solving a bigger nationwide educational problem mentioned that “this is my alma mater and with time, I will even do more” to help with the education of those who will also pass through this place.

Dr. Adu Boateng is a donor to many Ghanaian charitable organisations and also operates an in-house charitable initiative of reaching out and helping the poor in society.

During the same time, he also helped in freeing 20 inmates from the Nsawam Prisons who had been sentenced for committing minor offences like dumping of refuse and urinating at unauthorised places by paying their fines for them.

Ghana has had lawyers as president, a communication expert; ...
11 minutes ago