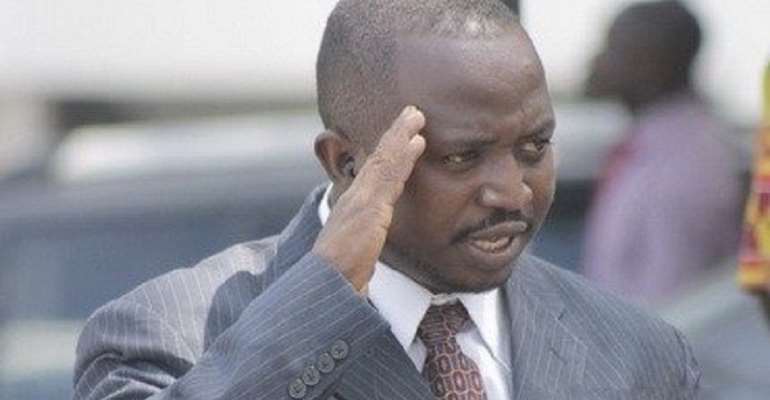 To threaten a country and go scot-free is difficult to process cognitively. Treasonable utterances are not to be allowed in any decent society.

These days we are used to hearing sabre-rattling remarks from not only irresponsible young men who are craving for relevance but also from persons who have held top political positions in the country.

In one of such thrashes, a few days ago, a man who served time in prison for three days for talking foolishly and too much in a way unacceptable to the courts was at it again.

Delivering a message from the National Democratic Congress (NDC) leadership, Stephen Atubiga threatened the good people of this country that should the Airbus scandal demand an invitation being sent to the former President, Ghana would be rendered ungovernable. This, according to him, is a decision from the leadership of the party and for us, a message to all Ghanaians, especially the security agencies.

Unless the leadership of the opposition party dissociates itself from the threatening and treasonable remarks, Ghanaians should regard the political grouping as unfit to even consider returning to power.

It has been a few days since the rather unruly element made those remarks which can only originate from a person who had an unenviable upbringing. Of course, it is this bad attribute of him which made him an appropriate harbinger of the negative message from the NDC.

We are disappointed that the NDC is still bent on pushing its political agenda through violence. The Ofosu-Ampofo and the Afriyie-Ankrah modules contain exactly what Stephen Atubiga delivered to the people of Ghana.

The NDC, as an alternative to the NPP, is not displaying decorous conduct in all its dealings. The unacceptable qualities it has exhibited as evidenced from the message it delivered through its emissary, among others, deny it positive adjectives as it seeks to convince Ghanaians to consider it for another shot at governance.

It is, however, becoming abundantly clear that entrusting this country into its hands is a risk too parlous to consider by those who love this country.

We wish to inform the NDC that the state is vested with the authority to maintain law and order. For that matter, therefore, nobody would be spared the brunt of the law when they breach the existing statutes.

To boast about their violent and bloody pedigrees sounds imbecilic in a decent society, which Ghana is. We have heard enough of the opposition party's nonsense about turning Ghana upside down.

In their own interest, they should not dare because the fallouts would not inure to its interest. Ghanaians will join hands to maintain the peace of the country.

Ghana's survivability and interests surpass those of all the political parties combined.

Stephen Atubiga should remember the day he stood before Justice Atuguba crestfallen before he was whisked away to be purged of his bad ways through a three-day prison sentence. The judge was right when he told him 'you can burn down a market.' The NDC cannot, we repeat cannot make Ghana ungovernable.