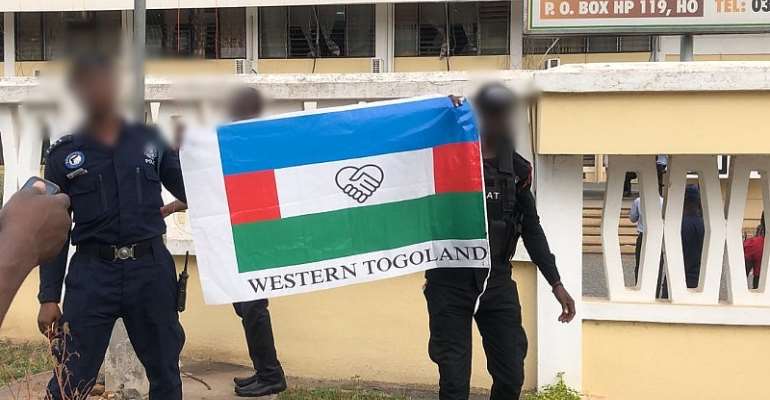 As of 8:30 am on Thursday, police officers from the Volta Regional Command were seen frantically pulling down the flag supposed to be the identity of the group.

It is unclear who hoisted the flag and why it was done at the Regional Coordinating Council a day before the celebration of Ghana's 63rd independence anniversary. 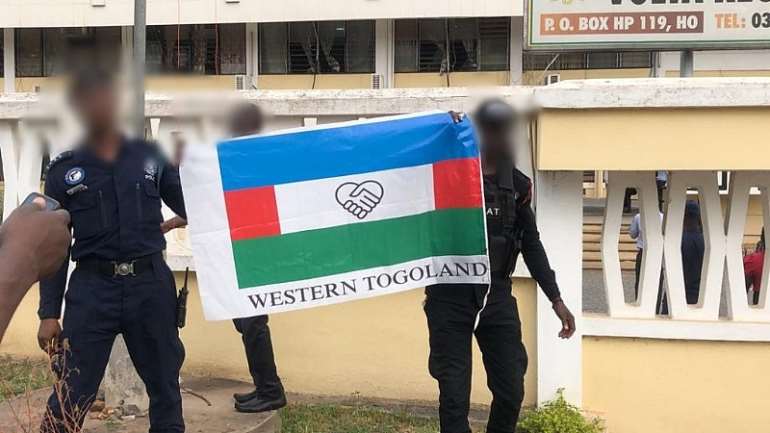 Officials of the Coordinating Council are yet to make any public comment on the matter. 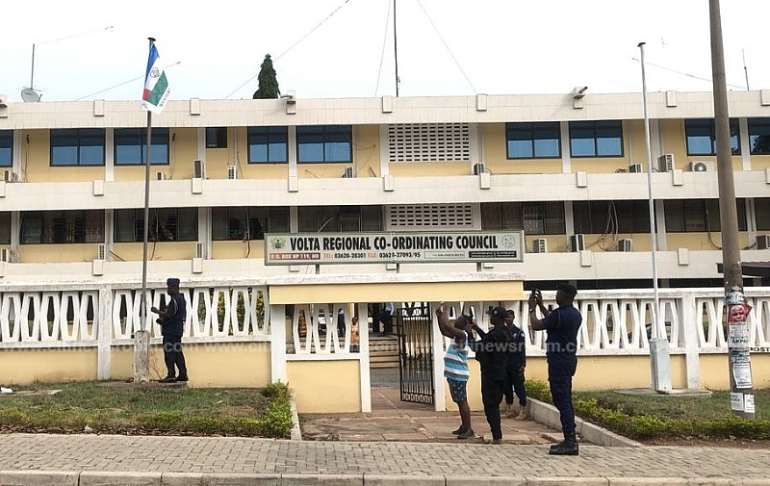 Also known as the Homeland Study Group Foundation, they have been advocating for the secession of a part of Ghana which formed colonial Western Togoland from Ghana as it is currently constituted.

Some members of the group have been arrested on several occasions with some of its members still standing trial.

Leaders of the group have been training some youth to form the core of police and military activities in the supposed new country after the declaration of independence.

A Security Analyst, Colonel Festus Aboagye Rtd. has said that activities of the group, could degenerate into an insurgency if urgent steps are not taken to halt the trend.

He said recent photos on social media that show the group reportedly training some young people as military officers pose a serious security problem in the country and urgent action must be taken by the country's security agencies to clamp down on them.

According to him, the trend of the group's actions points to the fact that the group has a well-planned itinerary to execute which may destabilize the country.

“The idea that this is generating, is becoming serious and bearing in mind how we could end up where other countries are, should give great cause for concern. If any group of persons anywhere can assemble on the sovereign territory of Ghana and conduct training which could be about 8 weeks or more and graduate before national intelligence gets to know, there is any obvious case that there has been intelligence failure here,” he said.