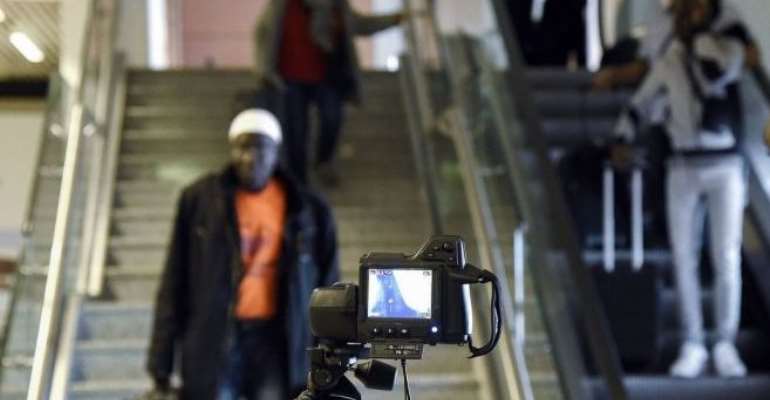 The National Union of Ghana Students (NUGS) in Wuhan, China says claims by the Ghana Health Service that majority of Ghanaian students in Wuhan do not want to be evacuated are false.

There have been divergent views on the evacuation of Ghanaian students living in Wuhan following the coronavirus outbreak.

Government announced in February that it was not ready to evacuate the students despite calls by some of the students and their parents.

But the government shot down the idea.

The students had complained about the risk they face and the challenges they go through in accessing basic medical and food supplies.

In the wake of the discussions, the Director-General of the Ghana Health Service, Dr. Patrick Aboagye said the disinterest by the majority of the students in China was part of government's decision not to evacuate them.

The President of NUGS in Wuhan, Sampson Opoku however said the Director-General’s comment does not reflect the sentiments of students in China

“I am saying emphatically that the opinion of my members is that majority of them are for evacuation. No survey has been done on whether the students want to go home or not. Whoever claims to have done a survey should let us know when that survey was done and the survey report. They might have interviewed one or two people but that is not our opinion but theirs. Many of us want to be evacuated. The director alluded to the fact that if we did not want to be evacuated, why did we accept the US$ 500 dollars. But the money is not a replacement of evacuation. They asked us to accept it till the evacuation comes. So that assertion is wrong.”

Most Ghanaian students in Wuhan don't want to be evacuated

Dr. Patrick Aboagye said government's decision not to evacuate Ghanaians in China over the outbreak of coronavirus in that city was partly due to the disinterest of majority of the students there to return home.

According to him, the government through intelligence and surveys gathered that most of the students in Wuhan, China, where the outbreak started did not want to be evacuated.

“A significant number didn't want to come home. We did a survey, those who wanted to come home were few. We are talking about 162 students in Wuhan and the Ambassador [to China] was in touch with them every other day. We had information about the situation they were in and the number of those who really wanted to come back home. We also assessed whether the systems and protection that they were getting there [in China] was adequate, if it was inadequate we would have brought them,” Dr. Aboagye noted.

Dr. Aboagye said it was not best practice to heed the calls by the students especially because they were getting better care in China than they would if they were evacuated to Ghana.

“It is not the best practice as far as public health is concerned and WHO has even advised against such evacuations…Our position was that, because they were getting good care and support, we felt that there was no point in bringing them but we continue to watch the situation and as you can see the numbers are coming down in China,” he said.

He added that, “even if you get the disease, you are probably better off in China because they have experience managing that kind of condition.”