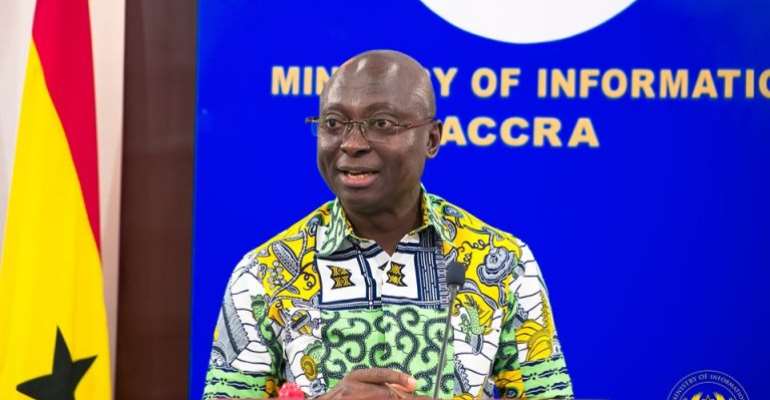 The Minister of Works and Housing, Samuel Atta Akyea has touted investments made by government to tackle perennial flooding in Ghana.

He says the over GH₵200 million allocated by the current government so far cannot be matched by any other government in the country's history.

Addressing a group of journalists on a tour to inspect ongoing drainage projects at some flood-prone areas in Accra, the Minister stated that: “Since we started the constitutional arrangements under the 1992 constitution, no government had invested in drainage more than President Akufo-Addo. We want to put it on record. But for the fact that he found additional monies off-budget for us to do some of these drainages, the situation would have been disastrous. A sum of GH₵200 million was allocated for drainage purposes under the 2018 flood control program.”

“We are hoping that we’ll get more money to continue. If we don’t tackle these things seriously, we can’t tackle the powers of the rain. There will be rain inundation and flood will occur and people will begin to blame the government,” he said.

Mr. Atta Akyea also insisted that persons who dump garbage into drains must be prosecuted to show the government's commitment to addressing the menace.

“…Filth is not good for the nation. The Ministry of Sanitation and the local government systems should begin to also push so that people caught dumping filth into drains are prosecuted. If you get a few people who have been fined or imprisoned, it will serve as a deterrent to other people,” he noted.

US$523 million needed to tackle flooding

The Works and Housing Minister, Samuel Atta Akyea last year said that an estimated US$523 million is needed to permanently deal with the perennial flooding in Accra and other parts of the country.

“We need a sum of 523 million dollars to further tackle the flooding problem…Cabinet will soon consider the financial engineering necessary in dealing with this long-standing problem which has been rocking the nation since Nkrumah's days,” he said.

Most places in the country get flooded at the least downpour.

Proffering solutions to these challenges, Mr. Atta Akyea said the nation deserves “subterranean drains which are environment-friendly but capital intensive which will eliminate the yearly ritual of desilting when it rains.”

[Video]Don’t Vote For NPP Members Contesting As Independent ...
23 minutes ago