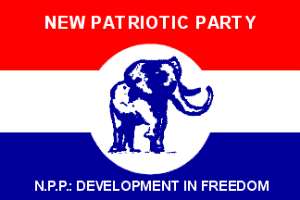 Chances of two New Patriotic Party (NPP) Parliamentary Aspirants to contest the Party’s upcoming parliamentary primaries in the Tano North constituency of the Ahafo region are uncertain as party faithful contest their eligibility.

The aspirants appeared before the committee to be cleared to contest the parliamentary primaries with Mrs Freda Prempeh, the incumbent Member of Parliament (MP) for the constituency.

If they are not cleared, then Mrs Freda Prempeh, who is the Deputy Minister of Gender, Children and Social Protection, will contest the primaries unopposed.

The leadership of the NPP has set April 25, this year, to conduct the party’s primaries to elect various parliamentary candidates for Election 2020.

In an interview with Newsmen Duayaw-Nkwanta on Tuesday, Mr Gabriel Ankomah, the Tano North Constituency Secretary of the NPP said the vetting committee, chaired by Mrs Rita Talata Asobayire, the First Vice-Chairperson of NPP received 21 petitions and eight petitions against Mrs Konadu and Mr Gyamfi-Bonsu respectively.

He said the 11-member vetting committee was shocked and surprised because some of the petitions against the aspirants had to do with criminalities, and the committee has launched investigations into it.

Mr Ankomah who said he was also a member of the vetting committee, indicated more than 602 delegates in the constituency, were expected to cast their ballot during the parliamentary primaries.

They are made up of five deleagtes each from the 110 polling stations, 25 electoral area coordinators, 16 constituency executives, five council of elders and five patrons as well as the MP for the area.

Mr Ankomah said some of the delegates had traveled, while some were demised, which was an indication that the voters would reduce.

He explained that the NPP cherished its internal democracy and would do all things possible to strengthen and consolidate it, but added the Party would also ensure members and parliamentary aspirants did not breach the NPP constitution.

Mr Ankomah urged the petitioners to exercise restraint as the party investigate the allegations, assuring that any aspirant who would breach the constitution and found wanton would be disqualified from contesting the parliamentary primaries.