Opinion: Banning Some 2nd Hand & Salvaged Vehicles; Why It Is Hasty And Needs A Review 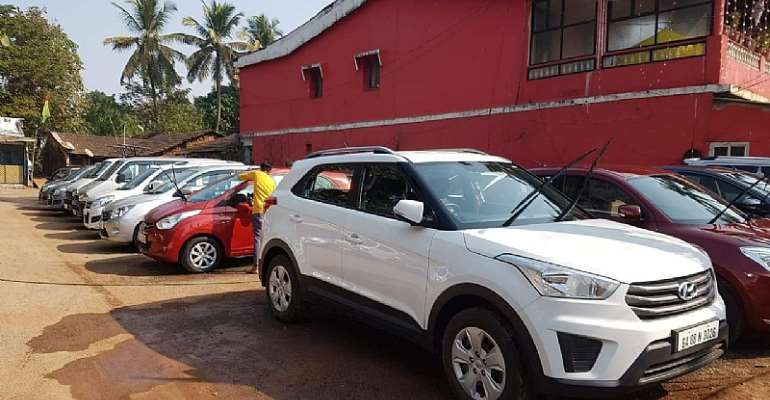 One news item in the automobile industry in Ghana that has sparked outrage especially among members of the Automobile Dealers Union Ghana (AUDG), is the proposal to ban the importation of used (second-hand) vehicles of more than ten years old, and salvaged cars also known as ‘accident cars’; through the Customs Amendment Bill 2020, currently before Parliament.

This was first made public by the Majority Leader and Minister of Parliamentary Affairs, Hon. Osei Kyei Mensah Bonsu during a media encounter.

The latest information is that the Customs Amendment Bill, 2020, has actually passed the second reading stage in Parliament; meaning the Bill could be fully passed anytime soon, after the amendments are debated, despite the Minority’s objection to the Bill in its current form, due to its likely impact on job loses.

The government premises its intended action on the fact that some Automobile giants like Volkswagen, Suzuki, Toyota, Nissan, Rhino and Synotrucks, are working on setting up vehicle assembly plants in Ghana to produce for the local market.

It is great that Ghana has grown politically, economically and socially to a point where such respected automobile companies are willing to open assembly plants for their operations as has happened in other African countries like Kenya and Rwanda.

Regardless of this milestone, the claim that salvaged cars cause road accidents, as part of the reasons stated by the Honourable MP and Minister, does not have any scientific or statistical grounding. Then also, wouldn’t a complete ban of salvaged cars significantly reduce the direct tax revenue of the government?

The government itself has predicted an estimated revenue loss of GHS802 million over the next three years after the review of the policy. It, however, expects this loss to be partially offset by the additional revenue from customs duties on vehicles not covered by the programme, according to the joint report of the joint committee on Finance and Trade, Industry and Tourism.

In view of the above, instead of clearing old cars on our roads to ensure road safety, shouldn’t the better and first alternative be to screen the calibre of commercial vehicles on our roads; as citizens risk their lives in rickety commercial vehicles popularly known as ‘trotro’ most of which have not seen proper vehicle maintenance in decades, but still have valid roadworthy certificates.

Also, a complete ban on over-aged vehicles is a great initiative as vehicles that are over-aged may pose health hazards to both humans and the environment due to emission problems; a reason why some new vehicles are ‘re-called’ even in developed countries. In spite of the above, some sections of the proposal on the ban on importation of second-hand cars arguably needs to be revised due to the reasons below;

Diversity of the cars on the Ghanaian Market

That a few automobile companies have expressed interest in setting up assembly plants in Ghana is a laudable idea; but begs the question, what about the other car brands like the BMW’s, Ford, Hyundai, etc.?

Should this bill be passed, will that mean Ghanaians will be forced to only use the brands with assembly plants in Ghana if they cannot afford new cars of other car brands they desire?

Such a bill might restrict the average Ghanaian’s car choice in favour of the few automobile brands with plants in Ghana. Doesn’t this mean infringing on ‘freedom of choice’, which is a basic human right? In assessing these underlying issues, one may ask, what about rather boosting and empowering local brands like the ‘Katankas’ that already have assembly plants to rather produce cars that will be competitive, economical and affordable for the average Ghanaian surviving on the minimum wage.

Salvaged Cars are not the reason for road accidents in Ghana

Data from the National Road Safety Commission indicates that in 2018, inattentiveness by drivers and over-speeding were the leading causes of the loss of human lives at a rate of 41.8 and 26.8 percent respectively.

Cars with damages from mild to severe and minor dents are all classified under salvaged, and not only flood cars or cars that have been involved in accidents as claimed by the honourable Minister.

Salvaged cars with minimal damage do not pose threats to the Ghanaian environment or endanger human lives when purchased; the reason why local automobile companies like Andcorp Autos advises Ghanaians to check the history of vehicles purchased from dealers in order to be informed about the prior condition of these vehicles.

Another compelling argument is that Ghana still imports some basic needs like clothing, food items (specifically rice), even though the skill set and capacity of manufacturing them locally exist; yet we want to ban something as critical as a car that we do not have the capacity to manufacture at the moment. Up to now, second-hand clothing, popularly known as ‘Obroni Wa Wu’ poses health threats to the citizens who use them. But for all these years, what have we done to regulate the importation of some of these basic needs?

There is no doubt the condition of a car can determine the safety of its passengers, hence Andcorp Autos advises citizens to always verify the history of cars they purchase.

To end with, banning of used cars (whether salvaged or not) is ill-advised. Even a developed country like the USA with most of the various car manufacturers present still has over 45,000 used cars (second-hand) dealership with a greater percentage dealing with salvaged cars, and only 17,750 brand new car dealerships.

The author is a Managing Partner of Andcorp Autos, a fully owned Ghanaian Automobile Company and on-demand auto purchasing company which offers the best option for purchasing and importing quality vehicles (brand new, clean, salvaged) from USA, Canada and Asia.