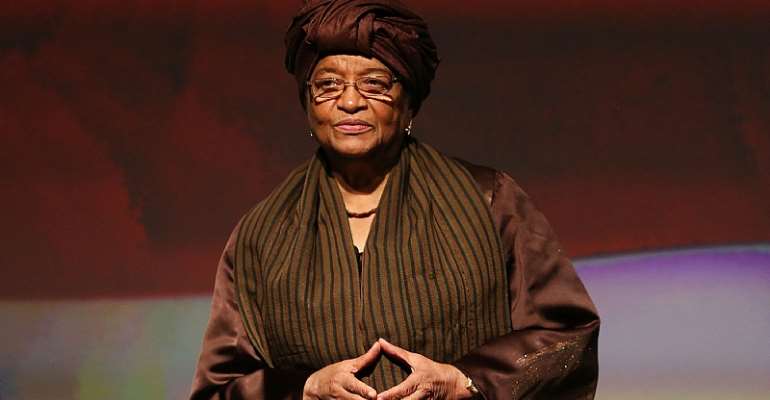 The event coincides with the celebration of International Women's Day.

Amujae is a Kru dialect phrase which means "we are going up.” The Initiative's mission is to inspire and prepare women to unapologetically take up roles in the highest echelons of public and private leadership across Africa, and to bring other women along.

Studies have shown that there is a strong link between women in leadership and better health, education and environmental outcomes as well as lower levels of corruption and lesser likelihood of using violence when faced with potential conflict. Sub-Saharan Africa has some of the worst statistics globally when it comes to gender equality in public life, and the Amujae Initiative is working to address this imbalance.

Amujae Initiative founder and former President of Liberia, Ellen Johnson-Sirleaf said: "After leaving office, I vowed to dedicate my time to advancing the careers of the next wave of women leaders across the continent. Through this Initiative, we are working to do just that: identifying women who are already driving change in their countries who, through mentorship and support, can reach even greater heights.

When it comes to advancing women's public leadership, we don't have the luxury of time. Africa's development depends on harnessing the energy of our women to accelerate progress."

The first cohort of 'Amuaje Leaders' taking part in the program come from countries across the African continent - women from Ethiopia, Nigeria, Guinea, host country Liberia, among other nations. With backgrounds in law, government, business, education and activism, their achievements are as varied as their origins, but they all have a common purpose; to serve their countries and advocate for their fellow women. A full list of participants can be found here: www.ejscenter.org

During the inaugural Amujae Forum, participants will be coached and mentored by some of the continent's most prominent public leaders, including former Malawian President, Dr. Joyce Banda and former Central African Republic President, Catherine Samba-Panza. Other couches include Madame Sirleaf herself, and recently appointed Deputy Managing Director of IMF, Antoinette Sayeh. The mentees will also receive training from leading experts in communications, advocacy, planning, and finance amongst other areas. Liberia's Kola V. Fofana and Cornelia Kruah-Togba are amongst the inaugural trainees.

The formal launch of the center will take place at the Farmington Hotel, close to the Roberts International Airport on March 8, 2020 at 9:00am GMT.