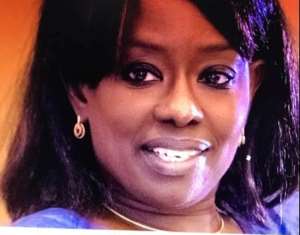 Ms. DIOP is an Economist and Gender Expert with over 20 years of experience and track records in results-based policy formulation and advisor on poverty reduction, inclusive development, gender equality and the empowerment of women; and demographic dividend.

Prior to her appointment as Director of the ECA SRO-WA, Ms Diop was Chief of the Gender Equality and Women’s Empowerment at ECA, during which she led the formulation and implementation of innovative tools and policy research and results-based tailored advisory services to African Member States.

She served as the UK Department of International Development (DFID) Advisor to the Government of Rwanda, after the genocide, during which, she led the conceptualisation and effective implementation of transformative policies and programmes for Rwanda’s reconstruction; gender equality and women’s empowerment, which have been recognised by the Government as an enormous contribution to Rwanda’s transformative results especially on gender equality.

While heading the Poverty, Growth and MDGs work at the UNDP, New York, Ms. Diop spearheaded innovative policy work on gender, economic growth and development, as well as the linkages between the latter and achievement of the Millennium Development Goals (MDGs) with technical support and capacity building components that benefitted 56 countries, the majority of which were African.

Her other major positions include research coordinator and researcher at the Council for the Development of Social Science Research in Africa, and Lecturer in Economics at the Institute of Economics and Management in Dakar, Senegal.

Her publications on gender budgeting, public finance in The Commonwealth and IDRC Book “Gender Budgeting Makes More Cents”; Zed book “Women and Land in Africa’’ Culture; Rights and Realizing Women’s Rights; Book on Engendering Justice (forthcoming, April 2020), Policy researches on “Inclusive Economic Growth and Development”; on “Measuring Violence against Women” and other development issues, with a special focus on Africa.

Mrs Diop was the Vice President of Akina Mama Wa Africa (AWwA), and a Board Member of the Agency for Cooperation and Research in Development. Her professional networks include, the Feminist Economist Network; All Women Leagues; Donors Working Group on FGM.

Mrs Diop has a Master Degree in Economics at the University of Aix Marseille 3, France and a DEA (In-deep Research Studies) in Economics, at Aix-Marseille 2 University, France.