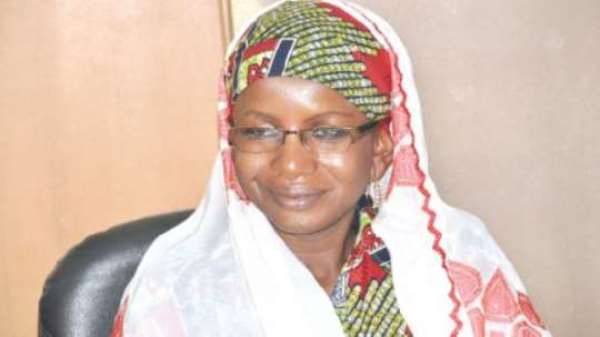 Two members of the Convention People's Party (CPP) have filed a suit against the party’s acting National Chairperson, Hajia Hamdatu Ibrahim Haruna and two others.

They are praying the court to restrict the party’s newly constituted Central Committee from organising the national congress scheduled for March, 2020.

The plaintiffs are: Bright Akwetey, Chairman of CPP Legal and Constitutional Committee and a member of the party, while Yaw Asamoah, is the substantive Central Regional Chairman of the party.

The first defendant is Hajia Hamdatu Haruna, while the second defendant is James Kobina Bomfeh, CPP Acting General Secretary, and the Party as the third defendant.

The plaintiffs are seeking an order declaring the CPP Central Committee as constituted by the first and second defendants on or around November 8, 2019 with the inclusion of the newly elected Regional Chairperson as improperly constituted and a violation of the Constitution of the Party.

They want the court to declare all decisions taken by the said Central Committee with the participation of the newly-elected Regional Chairpersons in 2019 null and void.

The two plaintiffs are also seeking an order of perpetual injunction restraining and prohibiting the first and second defendants from going ahead to organise and conduct a national congress in the name of the Party with the present alleged improperly elected Regional Chairman and the Central Committee.

They are seeking “An order declaring the Bank Account at GCB Bank (High Street Branch), Accra with unauthorised resolution of the Central Committee and with only the first and second defendants as signatories as a violation of the Constitution of the Party and same must be closed”.

The plaintiffs are also praying the court to declare all decisions of the newly constituted central committee null.

The plaintiffs aver that it was their duty to stop the numerous constitutional violations by the first and second defendants else the fortunes of their political party will be severely hampered.

According to the plaintiffs, all attempts by the Legal and Constitutional Committee to use the laid down internal mechanism to resolve conflict and to stop the violation of the Party's Constitutional have failed.