What Will Ghana Do With Its $3bn Eurobond? 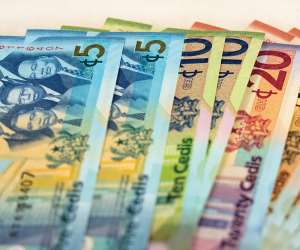 Ghana has raised $3bn as part of a new Eurobond issued on February 4. The issuance was almost five times oversubscribed and attracted around $14bn in bids.

The bond, which followed a $1bn issuance in mid-2019, was dominated by US and European fund managers, according to local media. Fund managers accounted for around 90% of those involved in the issuance, followed by banks and pension fund managers.

Following the successful raising of the debt, government officials have indicated they will use the money to move forward with flagship programmes.

In particular, the government is looking to improve the efficiency of the energy industry by restructuring the country’s obligations to independent power producers (IPPs).

Speaking to local media shortly after the bond issuance, Ken Ofori-Atta, the minister of finance, said the government planned to spend up to $1bn of the eurobond on renegotiating supply deals with IPPs.

At present Ghana has a series of take-or-pay agreements, which often mean that the state is billed for unused energy.

Given that power capacity is almost double the country’s peak demand, it is estimated that Ghana’s electricity utility pays IPPs around $450m a year for energy that it does not use.

Officials hope that a successful renegotiation of existing contracts will help streamline electricity supply, which has been highlighted as one of the principal conditions of ongoing economic development and growth.

In addition to restructuring power deals, Ofori-Atta revealed that an estimated $1bn of the proceeds would be put towards retiring expensive legacy debt.

The minister said the funds would help to pay off maturing debts from previous Eurobonds, ultimately reducing the country’s debt burden.

The announcement comes amid concerns over Ghana’s rising debt levels, which reached GHS214.9bn ($39.2bn) at the end of November last year. This was equivalent to 62.1% of GDP, according to the Bank of Ghana (BoG), up from 57.9% a year earlier.

The IMF and World Bank have both expressed concerns about the growing debt, warning that the country risks moving into a high-debt-distressed status.

Despite these concerns, Ofori-Atta, speaking to international media after the bond issuance, said he was confident that current government reforms would reduce future debt levels, and stated that borrowing was necessary to help carry out the government’s long-term strategies.

He identified two factors – the inefficient energy sector payment plan and the clean-up of the financial sector – as the major contributors to the country’s increasing debt.

Launched in 2017, the BoG has revoked the licences of some 420 financial institutions found guilty of malpractice as it seeks to restore confidence in the banking and financial services sector.

While it is seen as a crucial step towards strengthening the sector, the cost of the clean-up is estimated at around 3% of GDP.

Government officials have said that the remaining funds from the bond will be allocated to infrastructure development, in particular road and rail.

The area has been a significant focus in recent years, as Ghana looks to establish itself as a regional logistics centre for West Africa.

With 2020 dubbed the Year of the Roads, government officials say that funding will go towards the construction or rehabilitation of 150 projects nationwide, with an emphasis on improving road connections in key agricultural areas.

The authorities plan to forge ahead with major rail projects such as the 97.3-km, $400m Tema-Mpakadan Railway project, which will link Tema Port, Ghana’s main maritime hub, with Lake Volta.

Meanwhile, work will also continue on the construction and rehabilitation of both standard and narrow-gauge rail lines in the west and east of the country.