'Wasted decade' on climate action has made curbing emissions even harder 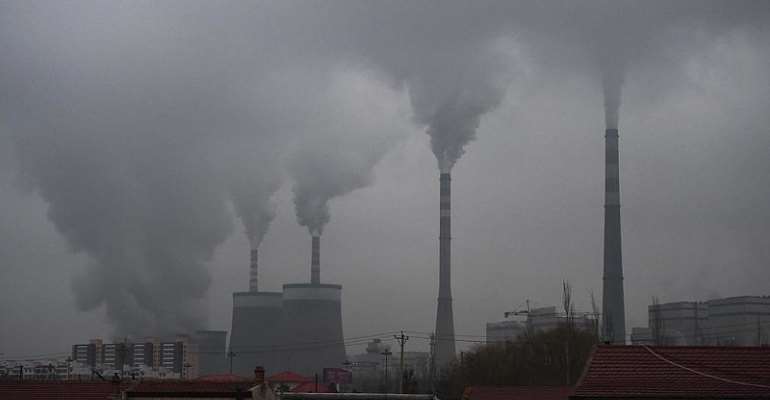 Experts are calling on world governments to repair the damage done by a “wasted decade” on climate action – from 2010 until now – during which emissions continued to rise and the planet logged its hottest 10 years in human history.

Failure to act means countries must now quadruple their efforts to meet their commitments under the Paris Agreement, a Nature commentary analysing 10 years of the UN Environment Programme's Emissions Gap Report is warning.

“When we started this whole exercise in 2010, the idea was to meet a 2 degree Celsius limit in terms of warming, and we had about 10 years to reduce emissions by something like 14 percent,” says co-author Bert Metz, a policy expert with the European Climate Foundation.

Fast forward a decade and the situation is far more pressing, with the Intergovernmental Panel on Climate Change having warned the impacts of 2C warming are more serious than we imagined, and that even half a degree would make a vast difference to life on Earth.

“Now we're talking about 1.5 degrees … so for these coming 10 years we have to cut emissions by 55 percent to stay on course,” Metz explains, adding the task has become four times more difficult. “Meeting the 1.5 target means we need to cut global emissions by more than 7 percent each year.”

Considering the world is on track for 3.2 degrees of warming, with temperatures already at about 1.1C above the pre-industrial average, climate scientists say swift action is needed from both governments and the private sector to alter that trajectory.

On a recent trip to Pakistan, UN secretary general Antonio Guterres has repeated his assertion the technology and economic means to fight the climate crisis are available, but what's missing is the political will.

“We are in a battle for our lives, but I firmly believe it is a battle that can be won … I am convinced we can tackle [the climate emergency] if only we can generate the political will and the unity we need to make a difference.”

Meanwhile the European Union has been busy building up that political will among its 27 members in an effort to position itself as a world leader on climate policy.

As part of a trillion-euro plan to reach net-zero emissions by 2050, European Commission president Ursula von der Leyen envisions a complete revamp of the EU's transport, construction and energy sectors – bringing together public and private money.

“Because of what the EU is doing right now with its green deal, I would say there's a glimmer of hope we can still change course,” Metz says. “Right now, Brussels is discussing a new climate law, which has the potential to ensure Europe regularly reviews its trajectory and progress.”

So far 76 countries – accounting for 20 percent of greenhouse emissions – have committed to a net zero target by 2050. If the EU can show that reducing emissions makes good economic sense, then more countries may follow suit, Metz adds.

“All the signs indicate the EU's emissions have gone down while GDP has enormously increased, so this shows it is possible to have bigger prosperity while at the same time reducing emissions.”