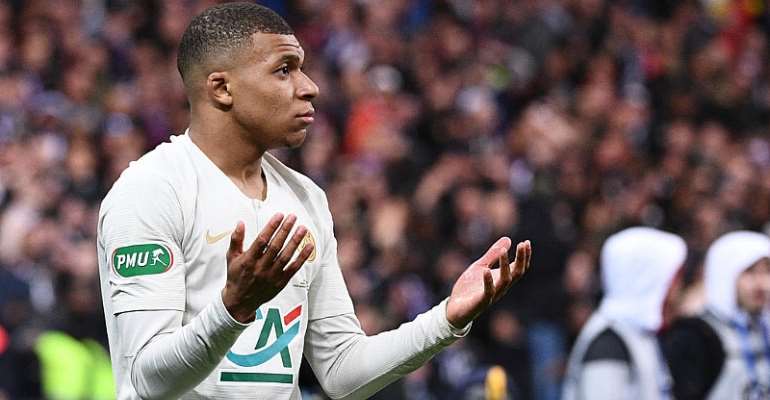 Killjoy bosses at Paris Saint-Germain have scuppered Kylian Mbappé's dream to play for France at the 2020 Olympic Games.

The 21-year-old striker said he wanted to turn out for the national side during the event scheduled to run between 24 July and 9 August.

But with the French top flight due to begin on 7 August and Mbappé likely to feature in the French national team for the month long Euro 2020 which ends on 12 July, club executives have ordered the World Cup winner to stay away from the games.

"PSG, and maybe other clubs elsewhere, have taken a position and that is within their right," said France national team manager Didier Deschamps.

List
Noel Le Graet, head of the French football federation, confirmed that Mbappé was on a list of 80 names for the tournament.

Olympic squad head coach Sylvain Ripoll will ultimately reduce the tally to 18 with four players on standby. Rules for the under-23 tournament allow for three players aged 24 and over to feature in squads.

"These are the Olympic Games, which are happening outside Fifa dates, and the clubs are the employers of the players," added Deschamps.

"I think it's nice that a kid of that age, who already has all the offers in the world, should say: 'I want to go to the Olympics,'" said Le Graet.

"PSG are entitled to come and discuss the matter but I would prefer it if a boy like him said: 'Yes I want to go' rahter than: 'I couldn't care less.'"