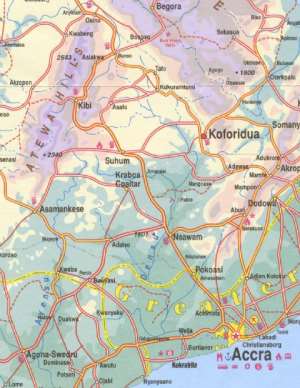 The Executive Council of the Central Regional Branch of the Progressive Transport Owners Association (PROTIOA) has decided not increase the old lorry fares to ease pressure on passengers.

He said that even though the National Transport Council was holding consultation with transport operators before coming out with new fares, PROTOA would continue to charge the old fares on all of its routes. The routes are Swedru-Accra, Swedru-Breman Asikuma, Swedru-Oda and Swedru-Nyakrom-Nkum-Kuntanase.

It would be recalled that about fortnight ago Petroleum Marketing Companies increased fuel prices as a result of a price hike in crude oil on the World market.

Nana Fayah said the branch was also waiting for the National Secretariat of the Association before deciding on any increment of fares.

He noted that as from Monday drivers plying the Swedru-Accra route with mini buses belonging to the Association would still charge 11,000 while 207 Benz buses would charge 10,000 cedis instead of 12,000 and 11, 000 cedis respectively being charged by other transport organisations. Nana Fayah advised drivers to desist from wrong overtaking, speeding and over loading, which were the main causes of accidents. He advised drivers to load only from lorry stations