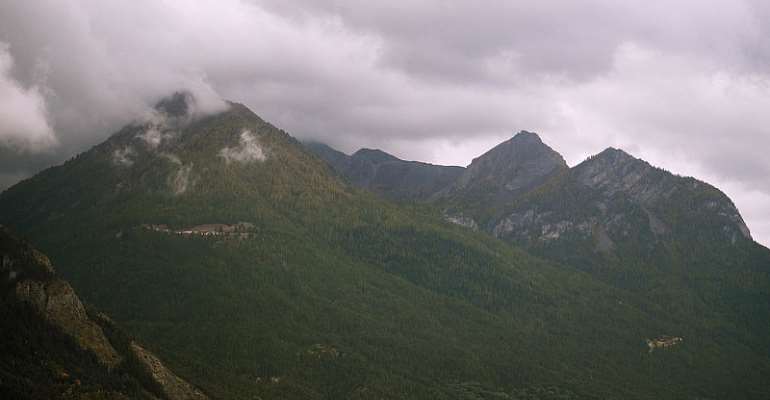 A hot cup of tea, some warm clothes, giving someone a lift. These small acts of kindness towards people in need are increasingly being considered illegal in France and other European countries, according to a new report from rights group Amnesty International.

Amnesty International's latest report called “Punishing Compassion: solidarity on trial in fortress Europe” attempts to uncover why and how more people and groups than ever before are being targeted, arrested and harassed by authorities for having helped refugees or asylum seekers in need.

The report collected information from eight countries: Croatia, France, Greece, Italy, Malta, Spain, Switzerland and the United Kingdom, over the period 2017-2019. It looked at both internal border cases and cases concerning sea rescues at external borders.

Through case studies, it shows an alarming trend in which governments are using counter-terrorism and immigration laws to crack down on human rights defenders (HRDs). This description is applied to individuals and groups who offer food, transport, shelter or advice to migrants, asylum seekers or other people in need.

People who defend the human rights of others are protected under the 1998 UN Declaration on Human Rights Defenders, and it is this protection that Amnesty feels is not being respected.

One of the regions Amnesty focused on was the border between France and Italy, in the Hautes-Alpes region, namely near the town of Briançon.

A case in point is that of Pierre-Alain Mannoni, an engineer from Nice who in 2016 saw three women in distress at the side of the road in the Roya Valley near the Italian border.

He stopped to help them because they were injured having crossed the mountains on foot. He took them to his house so they could get cleaned up and rest. He didn't think twice. Growing up he was taught that it was a duty to help someone in danger.

He was arrested and convicted for facilitating the irregular circulation of foreign nationals.

During his first court appearance, the case against Mannoni was dismissed, then appealed. The appeals court in Aix-en-Provence gave him a suspended two-month jail sentence.

Mannoni told RFI that in the beginning he wasn't concerned at all, that the French authorities would see he was not a people-smuggler.

“These people were in distress and there was like an emergency and that's what I did. And even when I got arrested and I thought it's going to be quickly solved, they will see that I am not a 'passeur' (smuggler), that I don't get paid to do that, that I'm a standard citizen…However I understood quickly that this has a political dimension.”

Mannoni challenged the outcome at the Constitutional Council which declared that his conviction was indeed an unfair ruling.

The council declared that each person is free to act under the principle of “fraternity” that is, helping another person, regardless of their legal status.

This lead to the case being overturned by France's highest appeals court, which ordered a new trial, now set for later this month.

France needs to stop criminalising helpers
Amnesty International believes that European laws designed to clamp down on people smuggling are too ambiguous and can be manipulated to paint citizens like Mannoni as criminals.

Such legal actions reflect the EU's hardened stance towards migration since 2015, with the establishment of deals with Turkey and Libya to stem flows of people.

According to Rym Khadhraoui, Europe researcher with Amnesty International, the number of cases of human rights defenders being prosecuted has gone up dramatically since the police enlarged the Franco-Italian border area to 20 kilometers wide, a zone in which they carry out random checks.

When asked why the police presence had increased in the region, the Prefecture of police in the Hautes-Alpes said the strong migratory pressure on the border meant they were obliged to call in reinforcements.

The interior ministry in April 2018 agreed to send in the CRS, part of the national police usually called in to maintain order at protests. Border control is not part of their mandate.

Furthermore, Amnesty suggests that because the infrastructure is not adequate in this region to process asylum requests, people are forced to travel through the 20 kilometer zone where they are likely to be arrested, and sometimes sent back without anyone looking at their case.

The right to seek and enjoy asylum, as per article 14 of the Universal Declaration of Human Rights, requires that a person can leave and enter a state freely.

Clearly in the case of the Franco-Italian border, migrants are forced to use an irregular route in order to reach a place where they can apply for asylum and this leaves them vulnerable in a hostile environment, often crossing snowy, dangerous terrain at night, at the mercy of the elements.

For Pierre-Alain Mannoni, his experience has served as an eye-opener and he feels hopeful that his trial on 18 March will show that the state can't get away with unfairly punishing human rights defenders like himself.

“There are horrible things happening in France. I never thought some people could die next to where I live, and they're dying because people don't help them or they are prosecuted by the police.

“I feel I will never see the world, and the situation like I did before,” he told RFI.

Amnesty International is calling on the French government to drop what they call the “crime of solidarity”.

“History will not look back kindly on governments that consider saving lives a crime.”

The Sad Death Of UG Student Who Was Stabbed To Death By 'Str...
9 minutes ago