Re: Residents Of Antoa Cry Over Underdevelopment, Takeover Of Farm Lands 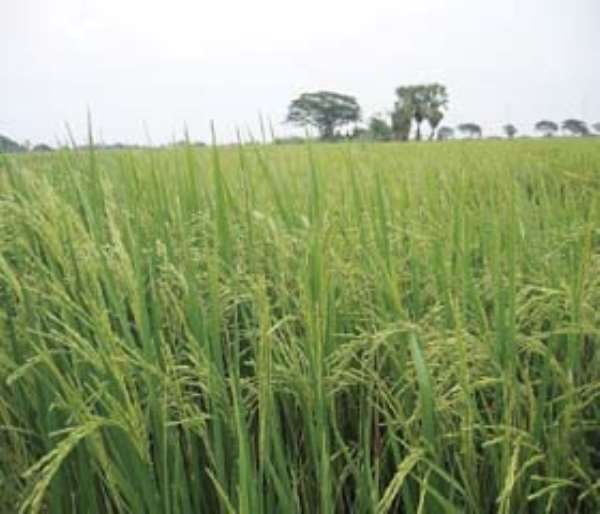 The Royal Family of Antoa Nsuase’s attention has been drawn to a news item generated out of a press conference held at Antoa by a few misguided young men on the above issue and addressed to Otumfuo Osei Tutu, the Asantehene.

First of all, we will like to apologize to Manhyia Palace on behalf of the misguided young men for the disrespectful way they addressed Otumfuo the Asantehene through a press conference. We can only blame their disrespectful actions on their ignorance of Asante customs and tradition. For there are laid down procedures when it comes to appealing to Otumfuo the Asantehene vis chieftaincy issues or grievances. None of these acceptable procedures were followed and for that we apologize for the association of Antoaman in it.

Secondly, we are highly disappointed by the unprofessional and unethical manner UTV and other media houses went about presenting the alleged issue. After giving the young men a platform to denigrate and assassinate the character of the Antoahene, UTV and these media houses should have given the chief an equal platform and similar coverage to rebut the allegations.

Rather, against all journalistic standards and ethics, UTV went ahead and presented a one-sided version, those of the young men. We expect UTV and other media houses that carried this hatched news to render an unqualified apology to the Antoahene while we seek any traditional and legal remedies available to us.

As to the substance of the allegations presented at the press conference, we call on all to dismiss them with the contempt it deserves. We do not believe one can submit a grievance to Otumfuo through a disrespectful press conference neither can they engage Antoahene through innuendos. We do believe Antoahene has laid down procedures for addressing issues pertaining to Antoaman and the same must be followed.

After all, had the young men not been ignorant of custom and tradition, they would have known that the Sarkodie Darte Stool is not nkwankwa dwa but an Adehye dwa. And before you know it, these same misguided young men would start asking Manhyia Palace to account to them simply by virtue of the fact that they are Asantefuo and thus have a stake in Manhyia affairs.

The Antoahene, Nana Kwame Owusu-Agyeman has been on the stool for twenty years. As one of the longest-reigning chiefs currently at the Kumasi Traditional Council and thus one of the most experienced, the Antoahene has served Antoaman and Asanteman with dignity and sacrifice over the years. Just to mention a few, his Education Fund for Antoaman, for example, is the envy of other towns.

His job placement process for Antoaman graduates is legendary. His constructions of the Antoa JHS block, the Kindergarten and state of the art KVIPs among others are very well known. Currently, the Antoahene is building a municipal size Police Station to help the Police keep residents of the whole Kwabre-East Municipality secure and safe in the coming years.

But when Antoahene went on medical vacation in the United States a few years ago, some interest groups in Antoa sought to take advantage of his absence. The cat away, the mice played. And to protect their interests and advantages, this group or groups have done everything since Antoahene’s return to usurp and cast him in a bad light. Two examples will suffice.

Even before his return, these elements stole Antoahene’s Puduo in order to give Asantehene an avenue and a cause to destool him. But the all-wise Otumfuo the Asantehene saw through it all after he had summoned Antoahene and a thorough investigation had been undertaken.

Otumfuo himself came to the conclusion and stated that the thievery was a deliberate inside job and thus not a cause for destoolment. Antoahene has since taken the advice of Otumfuo consolidating his authority by settling all issues within his jurisdiction amicably.

When the above plot failed, these elements sought to remove Antoahene’s sandals on his way to his Stool House on Akwasidae. This attempt also failed when Antoa residents and his chiefs drove off the attackers. Because Antoahene did not pursue any action against these miscreants, it should not embolden them to think they can run over all of us.

Therefore, we are not surprised by their latest attempt. What we are surprised by, however, is that unlike all their previous actions which came about through their proxies, these elements have now shown their true faces with this press conference. And indeed, we are shocked by some of the faces and names. We now know, for the first time, the probable people behind the stealing of Anokye’s Puduo for example and other happenings. And this revelation will help tremendously as Antoahene seeks to right all the wrongs which occurred at Antoa while he was on medical vacation.

10. Lastly, we would like to congratulate Antoahene and his elders on their dignified silence since the press conference. As he has always done during his twenty-year reign on the Sarkodie Darte Stool, we, the Adehye of Antoa Nsuase Royal Family, trust the Antoahene, Nana Kwame Owusu-Agyeman, to employ, as usual, traditional and customary means to arrive at solutions as he seeks to consolidate and stamp out elements who have taken every unscrupulous means to destabilize his reign. In fact, as part of his house cleaning exercise, two sub-chiefs have already been destooled over land issues.