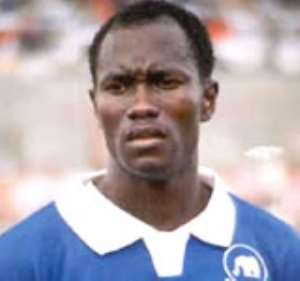 Joe Tex is setting a massive 14-goal mark when the competition resumes after the world cup.

The striker is expected to return for Enyimba in the group stage of the champions league after a short loan spell with Saudi Arabia side, Al Nasser.

The Ghana striker was unable to play in the preliminary rounds because he was cup tied.

Joe Tex in the 2003 edition of the champions league scored six goals helping Enyimba to their first continental triumph and managed to increase the tally to eight, when the Nigerian side defended the title the following year.