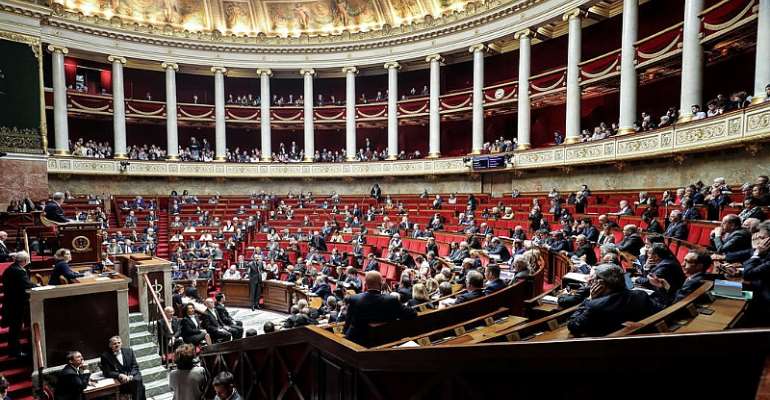 France's National Assembly has begun hearing two motions of no confidence against Prime Minister Edouard Philippe, who employed a rarely used decree to force a controversial pension overhaul bill through parliament. It coincides with union calls for a fresh day of protests on Tuesday against the pension reforms.

Prime Minister Edouard Philippe caught the opposition off guard on Saturday, announcing he would push through the pensions bill by executive decree, known as Article 49-3.

It cut short parliamentary debate on one of President Emmanuel Macron's signature reforms, only 13 days into the process of considering tens of thousands of amendments.

Inappropriate use of the decree
Philippe's decision and the handling of the reform debate also provoked two resignations in the ruling LaREM party, Hubert Julien-Laferrière, MP for the Rhône region and Delphine Bagarry (Alpes-de-Haute-provence), who denounced the "inappropriate" use of the decree.

Julien-Laferrière commented that the move will "create more tension and lead to capital law without a vote and without having been correctly debated by the country's representatives".

In a message on his blog on Monday, the far-left France Unbowed MP François Ruffin said opponents were calling for the National Assembly, or lower house, to be dissolved, saying the confidence votes were "symbolic" and did not reflect the gravity of the situation.

Vote with no teeth
The votes are all but guaranteed to fail because Macron's LaREM holds the majority in parliament with 344 representatives out of 577.

In that event, the pensions bill will automatically be considered adopted by the National Assembly, the lower house of parliament. From there it will move to the Senate where it could also face resistance.

In a statement, the unions slammed "the failure of the government to answer the serious and legitimate questions" raised by the biggest changes to the pension system in decades, and called for demonstrations nationwide.

Meanwhile, two unions involved in a summit designed to find an alternative pension fund have pulled out. The CGT and the Force Ouvrière branded the process a "masquerade" and "decided in advance".