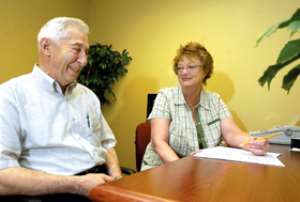 Deadline nears to sign up for new Medicare benefits

With less than two weeks remaining to sign up for Medicare's prescription drug coverage without penalty, procrastinators now are seeking answers to their questions.

“The number of questions and appointments have been pretty steady since November,” said Carla Mayfield, an employee of the Tuscarawas County Senior Center at Dover who counsels seniors about insurance. “But now we've been getting some additional calls from people who maybe initially didn't sign up, but after seeing friends or family go through the process are now thinking they probably should.”

The federal program known as Medicare Part D began Jan. 1. The drug plan will provide $700 billion worth of prescription medication to an estimated 42 million eligible seniors and disabled Americans over the next 10 years. Plans are run by private insurance companies, are voluntary for Medicare recipients and vary in price and what drugs are covered. This year's enrollment period ends May 15.

If a Medicare recipient decides to sign up after this initial enrollment period, that person will incur a 1 percent penalty for every month he or she isn't in a plan. Individuals will only be allowed to join a plan or switch plans during a yearly enrollment period. This year it takes place Nov. 15 to Dec. 31.

Mayfield said the majority of the seniors involved at the center already have signed up for drug coverage if they plan to. Employees at area pharmacies reported similar results, adding that after the initial confusion and panic, most individuals have come to terms with how much, if at all, a Part D plan will save them.

“Most of the seniors we see have already made a decision one way or the other,” said Brad White, pharmacist at The Medicine Shoppe in New Philadelphia. “Then there are some who are waiting to see if it's something they really need or not.”

According to the Centers for Medicare & Medicaid Services (CMS), more than 400,000 eligible Ohioans without other prescription drug coverage had not enrolled in a Medicare Part D insurance plan as of March 31. More than 1.3 million Ohioans now have Part D coverage for prescription medications, which is about 72 percent of the eligible beneficiaries in the state.

Although some folks have made the conscious decision to not sign up for a plan, White said some people still are unsure about their options.

“I think there are two kinds of people: those who are very well informed and those who are pretty confused,” White said. “And some of the plans have already made changes to their formularies (a list of medications the insurance company will cover). That's very frustrating since these folks are stuck in a plan (until the next enrollment period).”

How much a plan will benefit an individual varies widely from person to person, Mayfield said. She said she has counseled one individual who because of Part D is saving $4,700 per year.

“Then there are others who maybe are only taking one or two medications and are actually paying a little more after signing up because they have a monthly premium to pay,” she said, “but someday they might need that insurance, so they're willing to pay a little more now.”