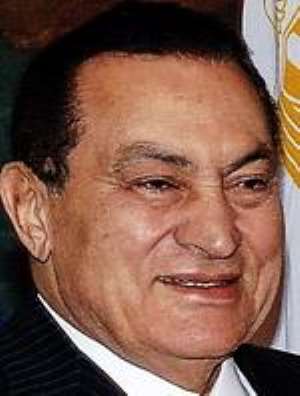 Reviled strongmen of one era are often the celebrated ones of others. Citizens otherwise tormented find that replacements are poor, in some cases even crueller, than the original artefact. Such strongmen also serve as ideal alibis for rehabilitation: Look at who we have come to bury!

Fittingly, Egypt’s late Hosni Mubarak was given that most traditional of rehabilitative occasions, a military funeral that served to sanitise and restore. Unremarkably, the procession was led by the current President Abdel Fattah el-Sisi, accompanied by Mubarak’s two sons, Alaa and Gamal.

Mubarak, on coming to power in 1981 in the aftermath of his predecessor’s assassination, intended to die in office, a legacy of durable presidents that had marked the Arab world’s dynastic families. During a three-decade rule, he survived various assassination attempts, contended, often brutally, with Islamic fundamentalism, and oversaw a vast imperium of cronyism. The legal conditions were maintained by an emergency law passed in the aftermath of Anwar el-Sadat’s killing, permitting enormous latitude to the security services to arrest and detain individuals without charge and restrict the right to assembly. Along the way, killings, torture and disappearances took place, with the Muslim Brotherhood proving to be a favourite target.

His projection as a man of stability and order was sold to Western powers, which supported him with weapons and assistance; his abiding by the peace plan signed with Israel by his slain predecessor, helped. But he was hardly a leader wedded to big picture visions for his country. “We are waiting,” surmised the journalist Mohamed Hassanein Heikal in 1986, “for the unknown.”

There was, for a time, some sense that Egypt might escape the orbit of military rule that had been the mainstay of the country since the Free Officers coup of 1952. This was to come in the form of the “Arab Spring”. The protests in Tahrir Square from January 25, 2011 seeking to oust Mubarak seemed to promise much. Mubarak felt he could weather the bad mood and reject the demands that he and his family be investigated for corruption. “Egypt and I shall not be parted until I am buried in her soil,” he countered. No fleeing was contemplated, no ignominious exit.

More than 800 protesters lost their lives in ensuing violence, leading to Mubarak’s arrest on charges of murder and corruption. He was subsequently tried and convicted, receiving a life sentence. An appeals court overturned the verdict, leading to a retrial which saw his acquittal. Thus began an effort to confect an image of a figure unjustifiably sinned against but restrained in retirement. “I preferred to give up my post as a president, placing the interest of the nation and its people over any other interest and I chose to keep away from the political life, wishing all the best and progress for Egypt and its people within the period ahead.”

It was the easy, and frequently lazy assessment about the effects of the Arab Spring, often by a western media that needed to identify a revolution in the first place. “Egypt was indispensable to the idea of an ‘Arab spring’,” Hugh Roberts would subsequently note, “and so it had to have had a revolution too.”

Arab Spring comparisons tend to be inevitable and often strained, but between, say, Tunisia and Egypt, key differences are evident. It can well be said that Tunisia had something of a genuine revolution, with its military cautious and resisting any broader blood lust. But the military remained significant in Egypt for never being neutral, giving some appearance of backing the protesters.

In 2013, the military’s influence was again evident with its termination of the discombobulated, fledging democracy and the suspension of the 2012 constitution. Cunningly and devilishly, military officials gave the impression that they were merely aiding the protesters against the Morsi government, partners in democratic change against sectarianism.

This proved short lived. Officials from the Mubarak regime were returned; mass death sentences were passed and some 34,000 people jailed. A brief hiatus followed in Egyptian-Western relations. The US imposed a ban on the transfer of weapons and aid but el-Sisi proved charming enough to convince Obama administration to restore the $1.3 billion a year package.

El-Sisi is now seen to be a more violent and heavy-handed version of Mubarak, exemplified by such campaigns as those of Karim Hussein, whose “I’m Sorry, Mr President” Facebook page gathered millions of followers. Last year, he was detained for 15 days on accusations of spreading false news and the misuse of social media. The same follower had also described Mubarak as “a first-rate military man. He was a commander during the 6 October War. He should be treated like a commander before being a president.”

Mubarak did achieve his goal of being buried in Egypt’s soil. The officer legacy remains, as does the firm grip of military rule. His tenure saw consolidation and centralisation to such an extent that genuine change was bound to be a herculean feat. That feat never materialised, furnishing the historical record with the hiccup of Mohamed Morsi. And the briefest of hiccups that proved to be.

Feature Article
Powered By Modern Ghana
The Acquittal in Kentucky
Election 2020: Has the Voters' Register been sanitized enough?
Assange’s Thirteenth Day at the Old Bailey: Mental Health, Managed Risk and Publication Chronologies
Togbewo Afede XIV and Sri III: We Want to Hear Your Royal Voices Condemning the Western Togoland Secessionists
Western TogoLand (WTL) 'Independence’ and Road Blockades
THRILLER IN TARKWA: Who Threw The Sucker Punch?
Gratitude To Those Who Made The Third Republic Possible
So Ghanaians have forgotten and forgiven the conspiratorial plotters in the GH51M scandal?
Upset By The Bleak Of Politics
COVID-19 Updates Live Dashboard
TOP STORIES