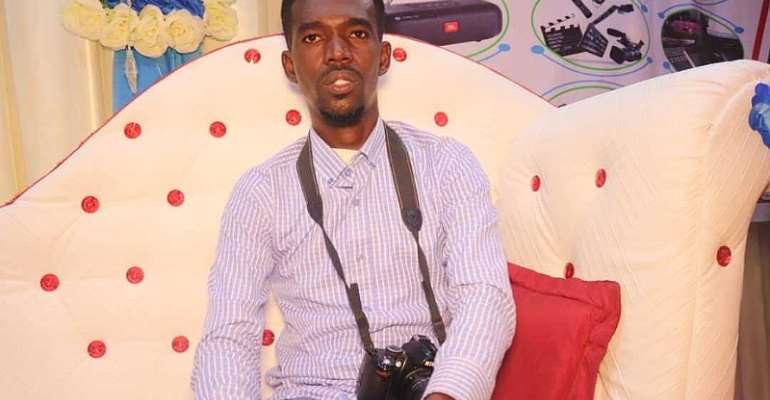 Somali Journalists Syndicate (SJS) welcomes the release of Radio Hiigsi’s editor, Mohamed Abdiwahab Nuur (better known as Abuuja) who was illegally arrested by officers from the National Intelligence and Security Agency (NISA) on Saturday 29 February, 2020 over an editorial article deemed critical to the security services.

Journalist Mohamed was released approximately 12.p.m local time on Monday 02 March after efforts by his family and was backed by advocacy campaign by Somali Journalists Syndicate (SJS).

“I thank God that I got my freedom today at 12.p.m. I was first detained at Habar Khadijo [main NISA headquarters] and later transferred to Godka Jila’ow while blindfolded. I was not charged but was released today on condition that I will not write about security services,” Mohamed Abdiwahab Nuur told SJS shortly after his release “I thank SJS and all journalists who showed solidarity for me.”

Mohamed told SJS that his arrest came following his 26 February article which critiqued the security services.

There were no charges brought against the journalist. Family members told SJS that Mohamed was not able to get legal assistance during his detention as well.

The journalist’s father, who was able to visit the prison, was the first to confirm to SJS on the news of Mohamed’s freedom.

SJS is extremely concerned about the level of intimidation, death threats and physical assault including drawing of loaded guns in an attempt to silence the journalist.

“Somali Journalists Syndicate (SJS) welcomes the release of our colleague Mohamed Abdiwahab Nuur, editor of the independent Radio Hiigsi from the unlawful detention on Monday. He was arrested for simply conducting his journalistic duty by publishing an opinion article,” Abdalle Ahmed Mumin, the Secretary General of Somali Journalists Syndicate (SJS) said “However, we are extremely alarmed by the level of threats, intimidation and the physical assault against him.”

Any threat against a journalist is a crime and SJS calls for urgent investigation into the officers who committed this crime by bringing them to book.