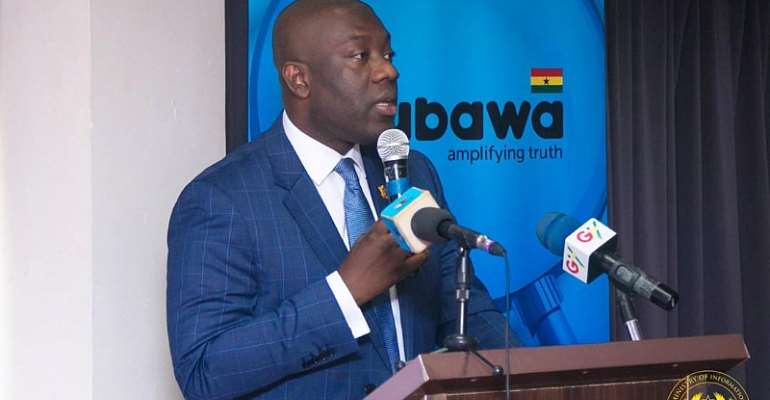 Information Minister, Kojo Oppong Nkrumah is urging stakeholders in media to support the fight against misinformation to preserve confidence in democracy and public institutions.

He made the call at the launch of Dubawa Ghana, a local chapter for independent verification and fact-checking in public discourse and journalism.

Speaking on the theme “stemming misinformation to advance democracy and good governance in Ghana,” the Minister warned that citizens will lose confidence in the country’s democracy should they be consistently be served with false narratives about the country’s body politic. 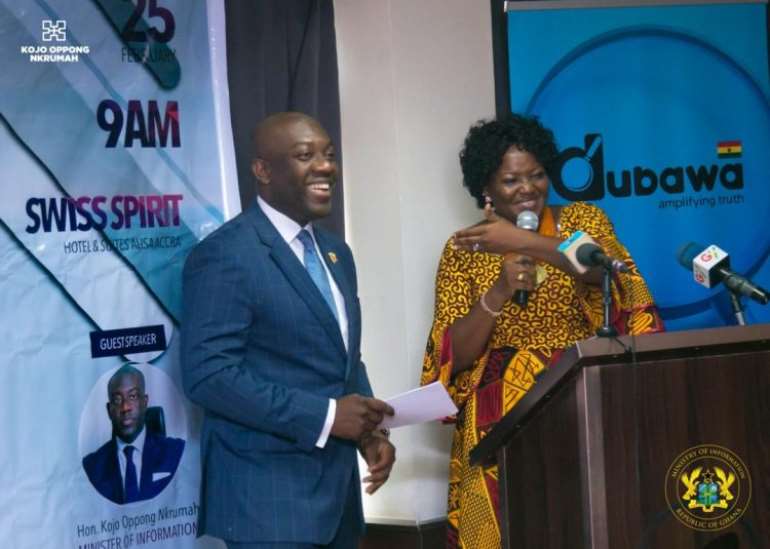 “If consistently you keep reading or hearing whether it is fake news or false narratives about our body politic, about our institutions and about our democracy over a period, citizens begin to lose confidence in the democracy, in public institutions and in the governance systems,” he said.

The advent of the country’s 2020 general elections has heightened the political atmosphere and fuel various forms of misinformation which in some situations affect public institutions and individuals negatively.

Mr. Oppong Nkrumah said, “if you clearly monitor what is happening in some part of the world, extremism maybe not necessarily violent extremism but political extremism is beginning to gain hold because of all of these false narratives of blatantly fake materials that are being churned out into eco chambers that now begin to make people take some very intransigent positions on matters that we could have hitherto easily agreed upon”.

The Minister also indicated that Dubawa as a fact-checking platform comes at the right time since the country is heading to the polls, indicating that the electoral process will be a major exercise for the platform.

He acknowledged that the presence of a platform that can readily verify fact from politicians and public office holders will help the country a great deal.

“The stakes are a bit higher in the 2020 elections and it is, therefore, heartwarming that it is at this time that Dubawa is being rolled out to help us combat this threat of misinformation” he added.

Kojo Oppong Nkrumah who is also the Member of Parliament for Ofoase Ayirebi constituency encouraged the media and the general public to lead the fight against misinformation. 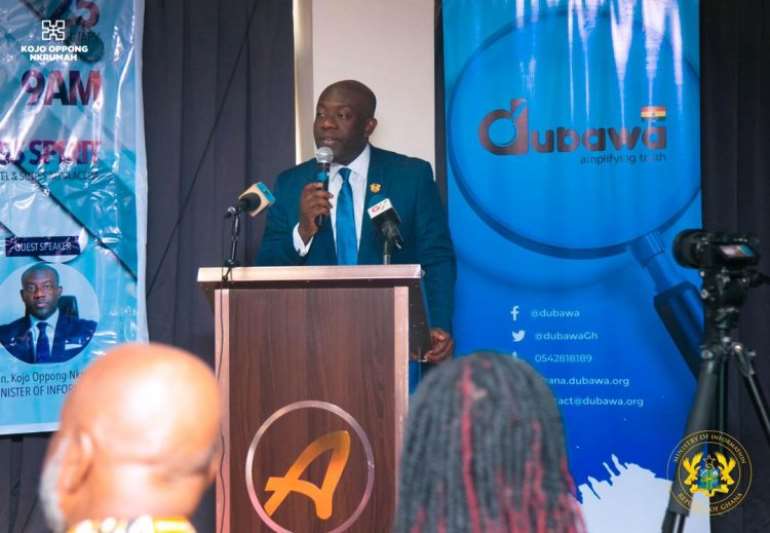 He challenged the traditional media to “amplify truth and not necessarily add to the challenges in the statuesque” citing an example of a recent happening in Northern Ghana where security officers were grappling with a security situation as a result of misinformation peddled by some unknown people meant to destabilize the situation further.

Dubawa is a non-partisan institution that is bent on fostering a culture of truth and verification in public discourse and journalism through strategic partnerships between the media, government, civil society organizations, technology giants and the public.

As a fact-checking institution, Dubawa upholds the values of accuracy, balance, transparency, verification, independence and accountability in its operations which is in line with the five principles of the International Fact-Checking Network (IFCN).