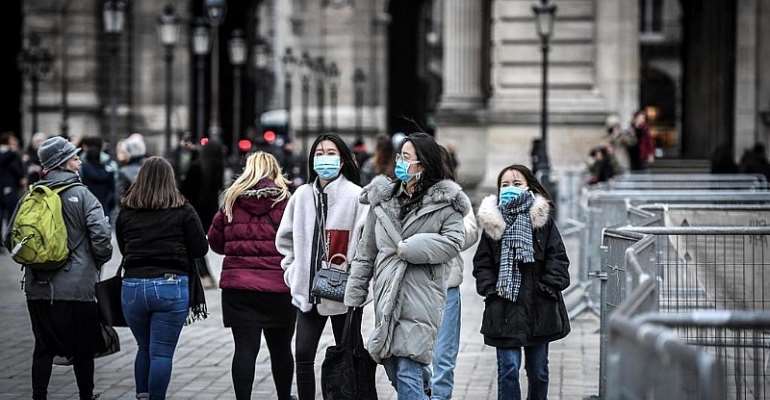 Culture has taken a hit from the coronavirus with Paris' Louvre museum remaining closed to visitors for a second day on Monday and the Salon du Livre (Paris Book Fair), due to take place later this month, cancelled.

The Louvre insisted that the closure was not necessary in response to fears over the virus, which has spread to over 60 countries after first emerging in China late last year.

Staff voted Monday at a meeting, as they had on Sunday, to exercise their legal right not to work due a threat to their life or health, Christian Galani, a staff representative at the Louvre and member of the CGT union, told French news agency AFP.

A committee on working conditions at the Louvre will meet this afternoon to decide the further course of action.

In a statement on its official Twitter account, the Louvre said: "The museum cannot open at the moment."

It offered a refund for tickets bought in advance to visit the museum on Sunday or Monday.

The Louvre's management said that health and safety were its top priority but insisted that the closure of the museum was not necessary.

"The Louvre museum is fully mobilised. The management is following events in real time. The museum will take all measures needed to ensure the security of its staff and visitors," said the Louvre's general administrator Maxence Langlois-Berthelot.

But he added: "The authorities, culture ministry and health ministry have emphasised that the closure of the museum is not necessary," he added.

Staff representatives said Sunday they were demanding stepped up protective measures, including the provision of hand sanitising gel and glass barriers to separate cashiers from members of the public.

Another cultural event had to be cancelled because of coronavirus fears. The Paris Book fair which is the main literary event in France was cancelled on Monday.

"Our sense of responsibility requires us to take no risk with the health of all those who make the success of this fair," explained Sunday evening the president of the National Publishing Union (SNE), Vincent Montagne.

France, which has 130 confirmed cases and two deaths from COVID-19, has said it would ban gatherings of 5,000 people or more, closing schools and cancelling religious services in some of the hardest-hit zones.