Tribute To A Fallen Journalist: The News That Zenu Never Reported 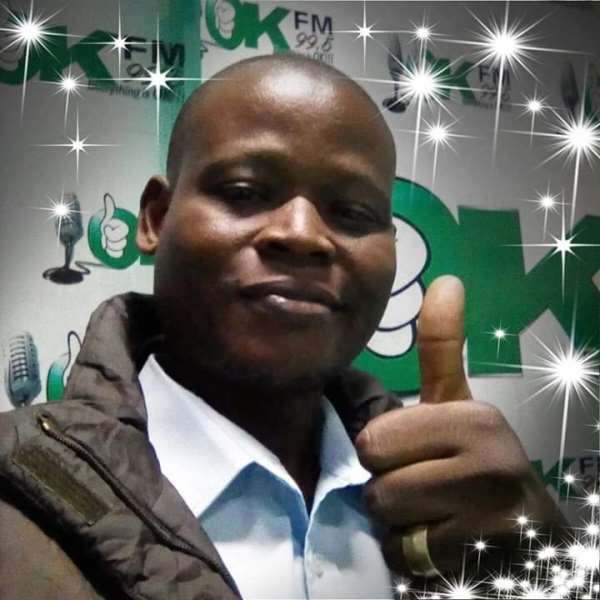 Dear Zenu Koboi Miller,
On Saturday (Feb 29, 2020), I joined thousands of journalists, friends, families and kinsmen to send you to an eternal home, where we all will join you later, someday—one day at the time.

Zenu, the Church, the Freedom Worship Center, was damn packed. The pew could not hold the crowd. The people ‘wasted’. What??!

People from all walks of life and journalists from many parts of the country were there...the veteran, the old, the new and the young.

There was a mixture of action outside the church and inside. People met and hugged each other for the first time in many months, some years. Old friends and new friends were in the making. This shows that you touched many lives, and a uniting force, too, you were. In fact, many people didn't go to the funeral to mourn you; they actually went there to celebrate your good life, and to escort you quite befittingly—like a king with a huge entourage.

Shaking hands was hard to avoid, despite the international coronavirus warning. Very few avoided the entrenched cultural practice, but most, including myself, could not resist the temptation of shaking hands. I got tired turning people down.

Pockets of group of people abounded around the church’s edifice. Many were having different conversations in these smaller groups. Some were gossipers, some were true sympathizers and others were just part of the story. Yet, some were smiling and hugging each other, while others were crying - some quietly and others loudly. Meanwhile, many wanted to be in the photo, and they really posed and took those photos. Many things happened.

Then, the tributes came, and they came and came. The Government, organizations, the media and the list didn’t want to end.... Zenu, you were a real "Massagee".

Zenu, you went home on a day we will not be able to memorialize next year, until four years later. Zenu, you know that that is a news in itself. Unfortunately, my man, you will NOT be able to break it, script it or cast it like you did on Crystal FM, Truth FM or OK FM. Yes, YOU ARE LATE.

For many years you fetched, investigated, reported and broadcast many news stories. You were a fine reporter with the nose for the news. You were a good journalist chasing and presenting the news with accuracy, balance and clarity. A REPORTER in you is fallen!

No, Zenu, you didn’t just chase and write the news. You had a masterful voice in casting the news with excellent enunciation or articulation that kept your listeners connected to what you were reading on the radio rather than how you were pronouncing words. A talented NEWSCASTER in you is fallen.

I know it was never called the ‘ZENU MILLER AFTERNOON CONVERSATION’. Could OK FM think about naming it so? Maybe, but I don’t know. I don't really know. However, what I know is that before your passing, you were the voice and personality of the OK Afternoon Conversation. The 3pm-6pm live interactive program attracted a huge listener-base. The reason was not only because you discussed issues of national concerns with facts, figures and professionalism, but also you did it with admirable presentation skills—with all due respect, something genuinely lacking in many of our young radio presenters today. You’ve left a big shoe to fill in the Liberian media, "boi".

Zenu, the inarguable thing I knew about you is that you didn’t put yourself in the issues like many would do today. No, you didn’t woefully speculate or wrongly insinuate or hastily proffer wrong judgement on issues. The fact is that you knew and did what a professional journalist should do, what the late Prof. Joe Mulbah taught us to do: you researched and touched base with relevant sources/authorities before taking to the airwaves. You were sound in judgement, Gbaku.

You were not a Join-The-List, you were a true JOURNALIST. You were a vehicle conveying the issues, and didn’t make yourself to be part or subject of the issues, despite being affected by the very issues. Your last presentation on Feb 13, 2020 along with British-schooled comrade Julius Jeh on the gasoline shortage chronicle is an example. A splendid PRESENTER, indeed, is gone!

Look, your voice is still freshly echoing across the country, Zenu, more than a month later, after the National County Sports Meet ended at the Samuel Kayon Doe Sports complex. Those of us who never made it to the crowded field to witness those exciting games got every bit of action with our mind’s eyes, when we glued to our radios and headsets (and tuned in to OK FM) and listened to you describing those movements. You sounded enthusiastic; you shouted, you cried with excitement, you analyzed, you went quiet; then, you started again—just as things unfolded on the field. We didn’t need to be there in the suffocating heat to watch the game when you were there bringing the actions live by radio. Zenu, you were a fine sports COMMENTATOR, bah. I swear, my man.

Zenu, for the over 15 years I knew and interacted with you, I identified you to be a responsible family man. A GREAT SON OF LOFA AND LIBERIA AT LARGE. Oh, we managed to speak Lorma, sometimes right?! I am laughing about it, bro. You were easy-going, non-confrontational, always smiling and avoiding confusion. You were a damn good professional man, Zenu.

For me, Zenu, it’s unfortunate that controversies have erupted after your “sudden” death, having achieved such feats, but that's how it goes sometimes. God knows it all.

In fact, that’s why when I signed the Book of Condolence in your honor at OK FM last week, I cried inside and wiped my tears. Then, I smiled as I saw your photograph tacked on the wall handsomely smiling at me. “If Zenu is here smiling, why should I be sobbing,” I said within.

So, as I joined all our friends, fans, family and colleagues to bid you goodbye, I won’t hesitate to state my favorite saying that as ‘AS LONG AS WE WERE BORN SOMEDAY, WE WILL DIE ONE DAY. IT DOESN’T MATTER HOW WE DIE, WHERE WE DIE AND WHEN WE DIE; WHAT MATTERS MOST IS WHAT PEOPLE SAY ABOUT US WHEN WE DIE, AND THAT’S OUR LEGACY.’ Zenu, you left behind a great legacy. At Crystal FM, you ensure the news was crystal clear; at Truth FM, you reported nothing but the truth; at OK FM, you ensured that the afternoon conversation was okay, and at LoneStar Cell, it was you communicating for the nation to communicate.

Delivering the discourse over your remains, the preacher man let us to know that God is always watching and writing everything we do in life: both in light and darkness. He is recording them to be viewed and reviewed here or in Heaven, accompanied by the appropriate reward. He knows what happened to you. I think God, too, is a great JOURNALIST.

Thank you, Zenu, for being my friend, my professional colleague, and for who you were: a family man, a reporter, a newscaster, a presenter, a commentator—a well-rounded professional journalist. Let me leave you now to go home bro; go home bah, go home and rest on in the most perfect peace….